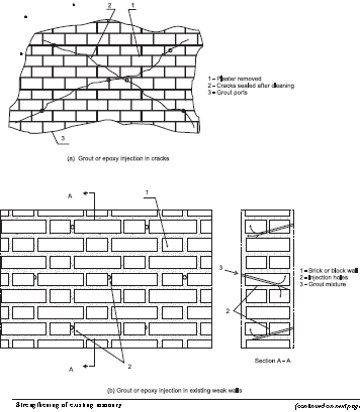 The 2011 Sikkim earthquake also known as the 2011 Himalayan earthquake, was a magnitude 6.9 (Mw) , Kanchenjunga Conservation Area, near the border of Nepal and the Indian state of Sikkim At 18:10 IST (12:40 UTC) on Sunday, 18 September. The quake came just a few days after an earthquake of 4.2 magnitude hit Haryana’s Sonipat district, sending tremors in New Delhi.

Three aftershocks since the earthquake, occurring at magnitudes of 5.7, 5.1, and 4.6 (Mw) within 30 minutes of the initial earthquake. Kathmandu experienced two aftershocks that both had a magnitude of 4.8 Mw.

Repair, Restoration And Strengthening Of Buildings

The main purpose of repairs is to bring back the architectural shape of the building so that all services start working and the functioning of building is resumed quickly.

Repair does not pretend to improve the structural strength of the building and can be very deceptive for meeting the strength requirements of the next earthquake.

read about other Recent earthquakes