Why is a length of about 1.25L bridge segment is constructed in the first phase of construction?

In the construction of a two-span bridge (span length = L) by using span-by-span construction, why is a length of about 1.25L segment is constructed in the first phase of construction?

Basically, there are mainly three reasons for this arrangement:

(i) The permanent structure is a statically indeterminate structure. During construction by using span-by-span construction, if the first phase of construction consists of the first span length L only, then the sagging moment in the mid span of the partially completed bridge is larger than that of completed two-span permanent structure. To avoid such occurrence, 0.25L of bridge segment is extended further from the second pier which provides a counteracting moment, thereby reducing the mid-span moment of the partially completed structure.

(ii) The position of 1.25 L countering from the first pier is the approximate location of point of contraflexure (assume that the two-span is uniformly loaded) in which the moment is about zero in the event of future loaded bridge. Therefore, the design of construction joint in this particular location has the least adverse effect on the structural performance of the structure. 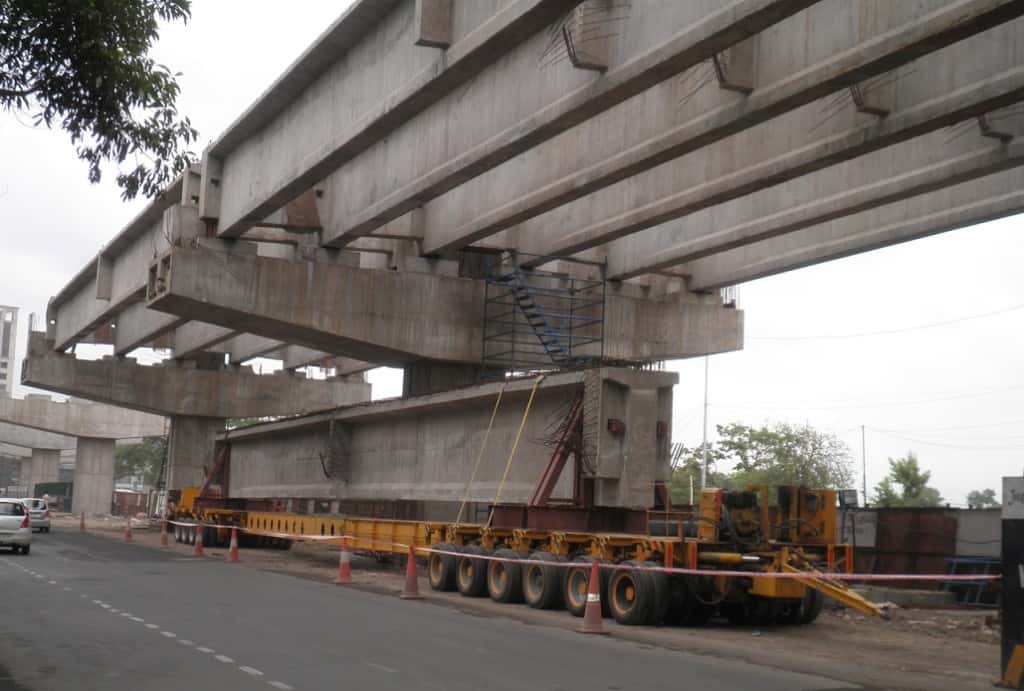 Note: Span-by-span construction means that it is constructed from one span to another until its completion.

Tags:1.25L bridge segment, arrangement, bridge segment, point of contraflexure, prestressing, span-by-span, two-span bridge
0
What is the effective depth in beams or slabs? How is it calculated?
In a curved prestressed bridge, How orient bearings with respect to the fixed bearing in abutment?