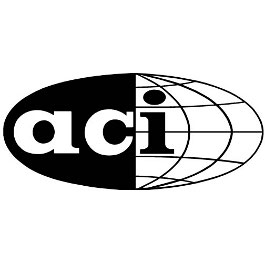 ABSTRACT: Concrete mix design by the ACI method requires various material properties as the input. The effect of variation of these input parameters on mix proportions has been studied here, with reference to strength attainment in few cases. The sensitivity of the mix has been expressed by volume ratios of fine aggregate to coarse aggregate and cement to fine aggregate. It is found that inter-particle voids of coarse aggregates, a function of gradation, plays a significant role in the prediction of mix proportions.

The study reveals that ACI method fails to rationally predict the proportion of the ingredients when coarse aggregates of higher voids is used in making the concrete. In such cases, the amount of fine aggregate is over estimated. This over estimation leads to a higher surface area to be covered by the same amount of cement, which is determined without any reference to aggregate grading. As a result, the mix fails to attain the design strength. Test results have confirmed these findings.

Concrete is one of the most widely used construction materials throughout the world. Many desirable properties such as high compressive strength, excellent durability and fire resistance contributed toward its wide range of applicability. The most advantageous and unique feature of concrete is that it can be produced using locally available ingredients as aggregates. Therefore, in countries where steel is not readily available, as in Bangladesh, concrete is the most used construction material.

Among the various methods in use, the method proposed by the American Concrete Institute (ACI) [1] is probably the most popular one. However, some recent experiences and subsequent studies made at the Bangladesh University of Engineering and
Technology (BUET) have revealed that the ACI method of mix design fails to predict the relative ratio of fine and coarse aggregates for some cases. In such cases the designed mixes fail to attain design strength. A parametric study has been carried out by the authors to look into the matter. This paper deals with the outcome of the parametric study.