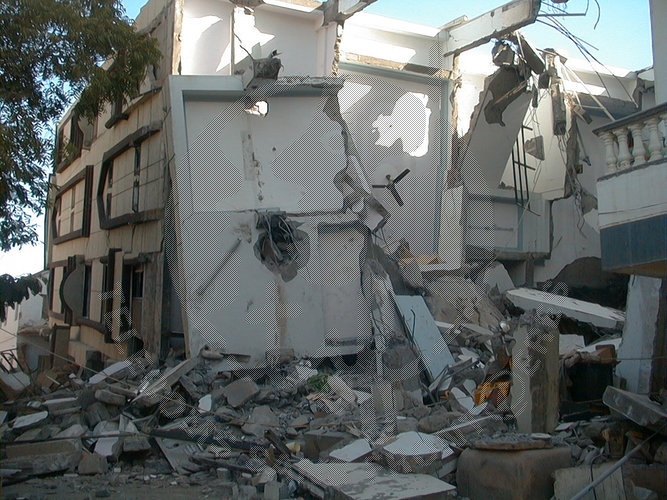 The earthquake’s epicentre was 20km from Bhuj. A city with a population of 140,000 in 2001. The city is in the region known as the Kutch region. The effects of the earthquake were also felt on the north side of the Pakistan border, in Pakistan 18 people were killed.

The earthquake was caused at the convergent plate boundary between the Indian plate and the Eurasian plate boundary. These pushed together and caused the earthquake. However as Bhuj is in an intraplate zone, the earthquake was not expected, this is one of the reasons so many buildings were destroyed – because people did not build to earthquake resistant standards in an area earthquakes were not thought to occur. In addition the Gujarat earthquake is an excellent example of liquefaction, causing buildings to ‘sink’ into the ground which gains a consistency of a liquid due to the frequency of the earthquake.

Municipal finances: Almost 10% of municipal revenues were expected to be lost in a year.

Financial market: The wealth loss was expected to lead to reshuffling of peoples’ portfolios and affect asset market behaviour.

The efforts are supplemented by provision of additional assistance from National Calamity Contingency Fund (NCCF) during severe calamities.

This was the major cause of the percentage of crops which were destroyed. Groundwater was brought to the surface by the frequency of the quake…the groundwater then flowed away in the Indian ocean, as such even months and years later the water table in the region has a reduced quantity and crop yields are still less plentiful then pre-quake years. The purple spots represent this water.