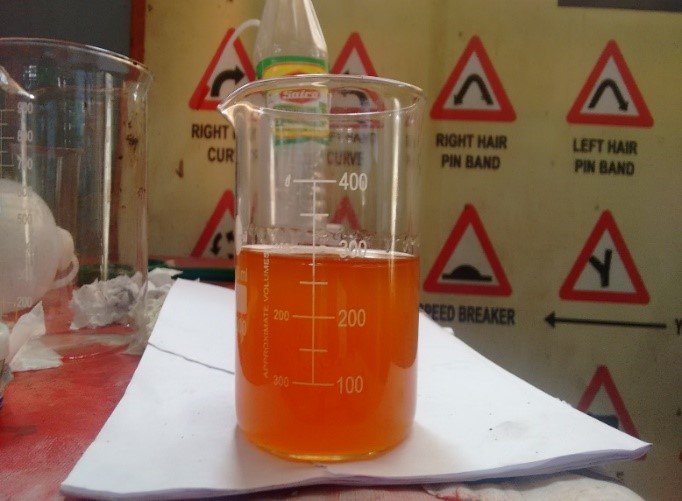 Plastic is one of the most successful manufacturing materials in post-world war era. It’s due to its high specific-strength, toughness, chemical inertness and cost-effectiveness. On the other hand, global production of plastic material has increased more than 200-fold from 1950 to 2020. Today over 100 million tonnes of plastic is produced annually on the world. This excessive reliance on plastics oblige the need for plastic waste management. This necessitates innovation in plastic waste management methods. Production of Biofuel is of such innovative methods.

China is the largest producer of plastic, at nearly 68 million tonnes followed by United states of America, Germany and Brazil. This wide application of plastic comes with a risk of pollution. Non-biodegradable nature of this inert material causes severe environmental impact. Figure-1 indicates per capita consumption of plastic throughout the world. Scientists are engaged in researches for the efficient management of plastic waste since global consumption rate is at higher levels and will cause serious impact to health of all living beings, if not treated properly.

The consumption of individual plastic materials is shown in Table-1. As far as plastic type is concerned, one-third of the global consumption of plastic is polyethylene or polythene. The growth in the global polythene demand is estimated to be around 4.4% annually up to 2020. Hence, this category of plastic has to be considered for effective recycling methods.

As discussed earlier, increase in global consumption of plastic throughout the world poses greater difficulties for disposal. The time period for which plastic remains useful is termed as Life duration of plastic. About 40% of the plastic consumed has a life duration of less than 1 month.

In India, the weighted average service life of all plastic product comes to about 8 years. Different countries will have different service life based on the rate of consumption. This shorter life period of plastic products in India indicates that the amount of plastic waste generation is significant and will have substantial effect in environmental pollution (Figure 2). Hence, proper treatment of these plastic wastes is inevitable. Due to strict legal regulations and growing awareness, recycling of post-consumer plastic has been increased in recent years but is still not efficient.

Another method is disposal of waste is landfill. Still, there exist some legal contradictions and environmental aspects which makes process less preferable and unsustainable. Reprocessing of plastic to form new similar products are Eco-friendly techniques but is not cost effective and requires much resource for handling the waste product.

Incineration of plastic is an alternative solution where energy is recovered for waste polymer which replace fossil fuel there-by reducing carbon dioxide emission but has limited application and also results in formation of toxic gases and pollutants as by-products.

Limitations of incineration is reduced by the process called catalytic cracking process in which pyrolysis is carried out in the presence of catalyst which break down the long polymeric chains into useful smaller molecular materials. There are recent studies going on about pyrolysis of plastic wastes to get synthetic bio-fuel that has similar properties of petrol, diesel etc. Also, this conversion holds great promise to environmental and economic scenarios.

Mainly, the advantage of this method is that the presence of catalyst lowers the reaction temperature and time. The temperature ranges between 350 and 900°C. Since the post is cost affective, there are added benefits from economic point of view. Catalyst such as barium carbonate and aluminium silica causes thermal cracking of polythene giving synthetic hydrocarbon oils as by-products. Figure 3 shows a diagrammatic representation of pyrolysis under the presence of catalyst.

Conventional fossil fuels are depleting at a higher rate currently due to over-exploitation of natural resources. These source of energy is causing severe environmental pollution due to high carbon emission. Since the resources are getting limited, researches are carried to develop fuel from substitutes for oil or natural gas. Fuel which is derived from plastic waste has similar properties as that of hydrocarbon oil. They do not contain any other element except hydrogen and carbon since they are produced from synthetic hydrocarbon polymer.

Selection of catalyst for the pyrolysis process plays an important role in determining the property of the end product.  Also, depending on the plastic waste used as the feedstock for the process, the resulting fuel may contain some contaminants such as alcohols, amines and waxy hydrocarbons which has to be treated. However, commercial replacement of these lab synthesized bio-fuel is possible since it resembles the conventional fuel in both physical and chemical characteristics.

By using Barium Carbonate (Figure 4) as catalyst, polyethylene is decomposed at elevated temperature (above 430°C) and under pressure under the absence of oxygen. It simultaneously undergoes change in physical phase and chemical composition. Dense fume is formed during the pyrolysis process which is allowed to pass through a dense condenser which is tightly closed to prevent leakage and will condense the fume into liquid.

After few hours, complete sample will breakdown to form Synthetic Bio-fuel (Figure 5) and a grey colour residual by-product (Figure 6) formed during this process which can be used as raw material in construction works.

Brief comparison between conventional and synthetic bio-fuel is shown in table given below. The flash and fire point of this liquid is within the range of fossil fuel and also have similar properties and hydrocarbon content. Hence, it can be concluded that reduction of plastic products into hydrocarbon fuel is an efficient way to control plastic pollution.

Catalyst plays an important role in this process since it determines the quality of these products. Better chemical characteristics, Cheap and Eco-friendly process, wide applicability of end products etc. make this method adequate for better plastic waste management.