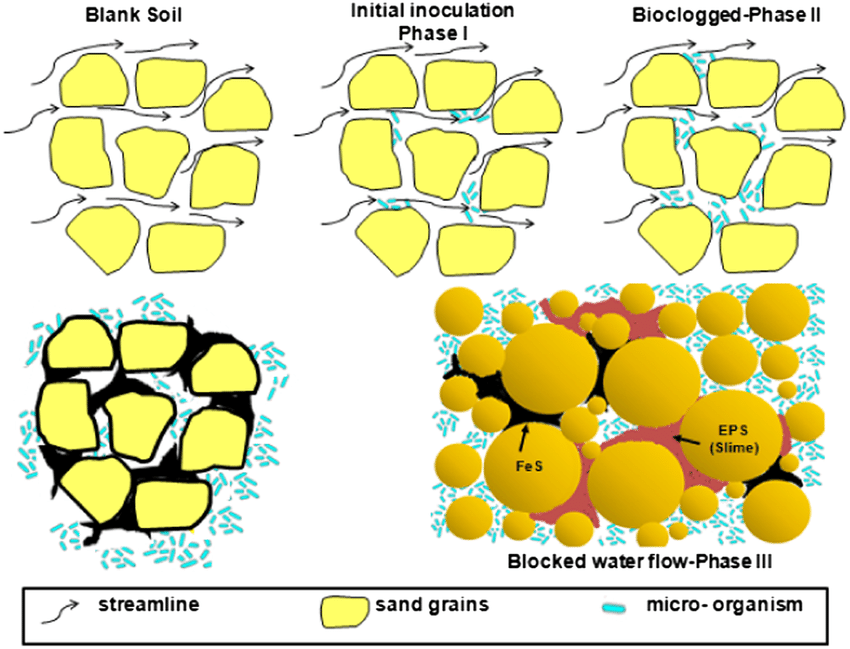 Biological stabilization of soil simply refers to the stabilization of soil is achieved through biological means like planting or afforestation or more complex biological processes. The term “soil stabilization” refers to the process of increasing the stability and bearing capacity of the soil using proportion, controlled compaction, and/or the addition of suitable admixtures or stabilizers. Mechanical improvement and chemical treatment are the two other main techniques used to create engineered soil.

Mechanical improvement to enhance the quality of the soil covers consolidation, drainage, and other techniques in addition to compaction. Chemical treatments have been using chemicals and emulsions as binders, water repellents, and compaction aids that start chemical processes like pozzolanic reactions or soil hydration to produce artificial binding.

Increasing demand for usable land for developments necessitates exploring alternate techniques for ground and soil treatment. Especially, methods should have minimal impact on the environment at the same time enables the recycling of factory byproducts.

Finding a reliable and environmentally friendly alternative binder, such as cement, is thus required.

6 Methods of Biological Stabilization of Soil

Biological catalysts called Bio-enzymes catalyze chemical interactions in the surface soil, increasing soil density and decreasing water retention and develops a layer that is dense, firm, and water-resistant. For bio-enzymes to function properly, the soil must contain a certain quantity of clay.

Mechanism of Bioenzyme in Soil

Bio-enzymes stabilize the soil via the following mechanisms.

Calcium carbonate is deposited as a result of the ecological process known as biocementation, which is based on the Microbially Induced Calcite Precipitation mechanism.

Using calcite (CaCO3), which binds soil particles together and increases soil strength and stiffness, this technique makes use of the metabolic processes of bacteria. The most popular bacteria for the MICP process are Bacillus pasteurii or Sporosarcina pasteurii because of their high urease activity, which allows them to produce large amounts of precipitates quickly.

Mechanism of MICP in Soil for Biological Stabilization

As a result of ion exchange, carbonate nucleation takes place. Another mechanism uses extracellular macromolecules that can trap calcium ions or occasionally act as growth promoters to control crystallization.

Bioencapsulation is a soil stabilization method which is a widely used traditional treatment of soil. The most effective way to transform clay wastes from dredged or excavated sites into high value building materials is through bioencapsulation. Aerobic urease-producing alkaliphilic bacteria like Bacillus sp. VS1 is the most frequently used bacteria for the MICP process.

Mechanism of Bioencapsulation in Soil

The bioencapsulation process works by using the enzyme activity of bacteria that produce urease to precipitate Calcite (CaCO3) from a Calcium Salt solution as well as urea (UPB).

A cemented product is produced as a result of the UPB cells’ enzymatic hydrolysis of urea, which raises pH in both the micro-gradient and overall range, releases carbonate, crystallizes calcite, and releases carbonate. It is evident that the nucleus was formed with a softer inner shell and a much firmer outer shell.

The process to create an organic or mineral crust on the soil’s surface to prevent water infiltration, dust emission, and erosion is called Biocrusting. Lichens, mosses, liverworts, cyanobacteria, and other small but significant organisms may be found in communities known as Biological Soil Crusts (BSCs), which are closely linked to the mineral soil surface and form a thin, cohesive layer.

Mechanism of Biocrusting in Soil

In the early stages of biocrust development, moss-dominated biocrusts can form if the initial soil-stabilizing cyanobacterial-dominated succession stages are skipped. Soil characteristics alter as biocrusts recover naturally. For instance, the amount of organic matter and nutrients in the soil increases. Furthermore, as biocrusts develop, the silt and clay levels in encrusted soils rise.

Reduced soil porosity and hydraulic conductivity are achieved through bioclogging, which is the microbial production of pore-filling materials. Microaerophilic and facultative anaerobic bacteria are the best microorganisms for bioclogging the soil.

Mechanism of Bioclogging in Soil

Microbial biomass, which includes the bodies and byproducts of microorganisms like calcite (CaCO3), blocks the pore spaces in a soil mass. The soil will become more water-impermeable as bacterial biomass, insoluble bacterial slime, and poorly soluble biogenic gas bubbles build up.

One application that continues to improve is the formation of soil plugs by Bacillus pasteurii in a medium containing urea and calcium chloride. The urease enzyme, which hydrolyzes urea, is produced by bacteria. Hydro carbonate is developed and the pH is raised as a result of this enzymatic reaction. Calcium carbonate is beginning to precipitate, filling up the pores and linking soil particles together.

The term “bioremediation” refers to the process of utilizing biological processes to primarily avoid contamination or other quality-related problems from soil and water. In a natural process called bioremediation, contaminants are changed by bacteria, fungi, and plants as they go about their daily lives.

Mechanism of Bioremediation in Soil

This metabolic process aids in the treatment and elimination of the toxic pollutants in the soil. The target contaminant is metabolized by the microbes into usable energy through oxidation-reduction reactions, which the microbes use as an energy source in the soil. By-products that are released in the environment are generally less toxic than parent contaminants.