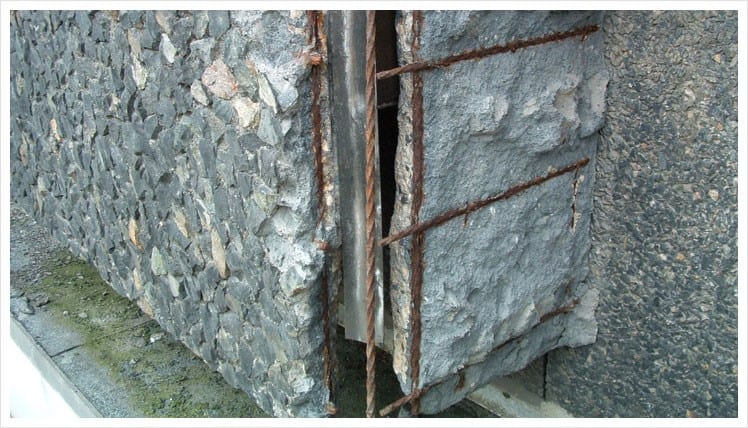 The mode of structural failure termed carbonation is a natural process which occurs in concrete. The main concern for carbonation is in the application of reinforced concrete. It starts as soon as the concrete is exposed to air. Carbon dioxide begins to penetrate the surface and react with calcium hydroxide within the concrete to form calcium carbonate.

Once the passivating layer is broken, the reinforcing steel is exposed to the effects of air and water. The steel then begins to rust and expand putting pressure on the concrete and causing cracks and spalls. Once carbonation has begun to affect the steel, the chance of failure in the reinforced concrete member rises dramatically.