Causes, Evaluation and Repair of Cracks in Concrete

Cracks in concrete have many causes. They may affect appearance only, or they may indicate significant structural distress or a lack of durability. Cracks may represent the total extent of the damage or they may point to the problems of greater magnitude.

Their significance depends on the type of structure, as well as the nature of the cracking. Successful long-term repair procedures must attack the causes of the cracks as well as the cracks themselves. Through this guidelines it has been tried to answer many querries which are normally raised in the field. 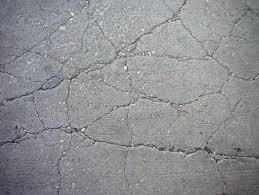 With the increasing use of PSC and RCC girders in Railway bridges, knowledge of Railway Engineers in concrete technology need continual updation. First guidelines was issued for ‘Inspection, Repair and Maintenance of Concrete Bridges’ in Nov. 1990 by RDSO. Subsequently, further guidelines were provided in Indian Railway Bridge Manual in 1998. Latest Guidelines for Inspection, Maintenance and Rehabilitation of Concrete Bridges (BS-48) was issued in Sept. 2002 by RDSO.

In spite of these guidelines, there is one field in which Railway Engineers still need specialized knowledge and that is ‘Investigation and Repair to Cracks’. In the absence of adequate knowledge about the causes, nature and seriousness of cracks appearing in concrete bridges and structures, there is almost panic among engineers after witnessing the cracks. This results in imposition of speed restriction immediately. Taking such precautions cannot be said to be unwarranted, but it often leads to economic loss to
railways in terms of operation and cost of repairs and replacement of the bridges.