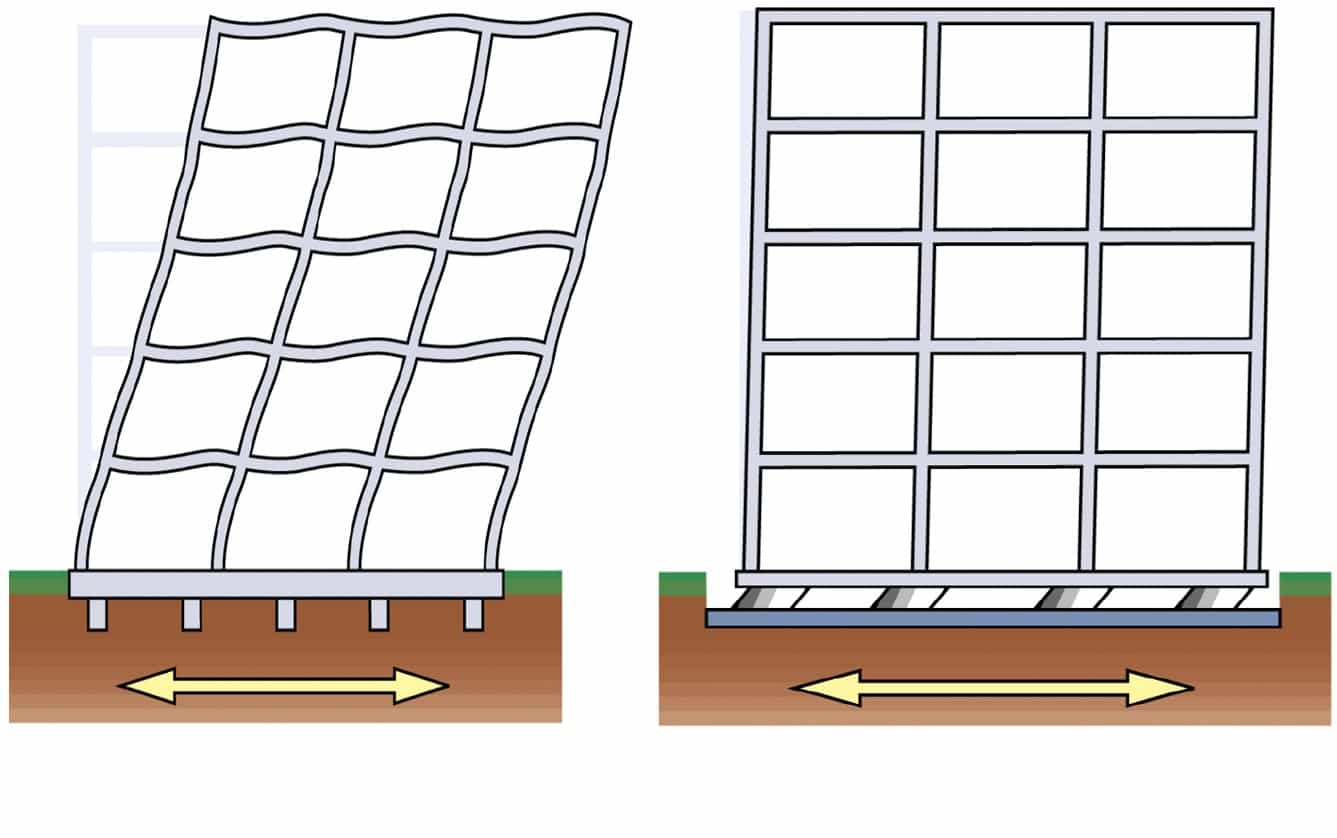 Civil engineering structures located in environments where earthquakes or large wind forces are common will be subjected to serious vibrations during their lifetime. These vibrations can range from harmless to severe with the later resulting in serious structural damage and potential structural failure.

The Traditional Technique of a seismic Design  –  ( increase the stiffness of structures by enlarging the section of columns, beams, shear walls, or other elements)

Modern Approach through Structural Controls   – (by installing some devices, mechanisms, substructures in the structure to change or adjust the dynamic performance of the structure)

The passive control system does not require an external power source and being  utilizes the structural motion to dissipate seismic energy or isolates the vibrations so that response of structure can be controlled. The passive control devices includes

A building mounted on a material with low lateral stiffness, such as rubber, achieves a flexible base.

During the earthquake, the flexible base is able to filter out high frequencies from the ground motion and to prevent the building from being damaged or collapsing

– deflecting the seismic energy and

Various Type  of Base Isolation

Linear behavior in shear for shear strains up to and exceeding 100%.

• Viscous Fluid Dampers – A viscous fluid damper consists of a hollow cylinder filled with a fluid. As the damper piston rod and piston head are stroked, The fluid flows at high velocities , resulting in the development of friction
• Tuned Mass Dampers And Tuned Liquid Dampers – A mass that is connected to a structure by a spring and a damping element without any other support,in order to reduce vibration of the structure; Tuned liquid dampers are similar to tuned mass dampers except that the mass-spring-damper system is replaced by the container filled with fluid

In the active control, an external source of energy is used to activate the control system by providing an analog signal to it. This signal is generated by the computer following a control algorithm that uses measured responses of the structure

It compromise between the passive and active control devices. The structural motion is utilized to develop the control actions or forces through the adjustment of its mechanical properties. The action of control forces can maintained by using small external power supply or even with battery.

So create a non-resonant condition during earthquake

MR fluid contains micron-size, magnetically polarizable particles dispersed in a viscous fluid. When the MR fluid is exposed to a magnetic field, the particles in the fluid polarize, and the fluid exhibits visco-plastic behavior, thus offering resistance to the fluid flow.

When loss of electric during earthquake, hybrid control can act as a passive control