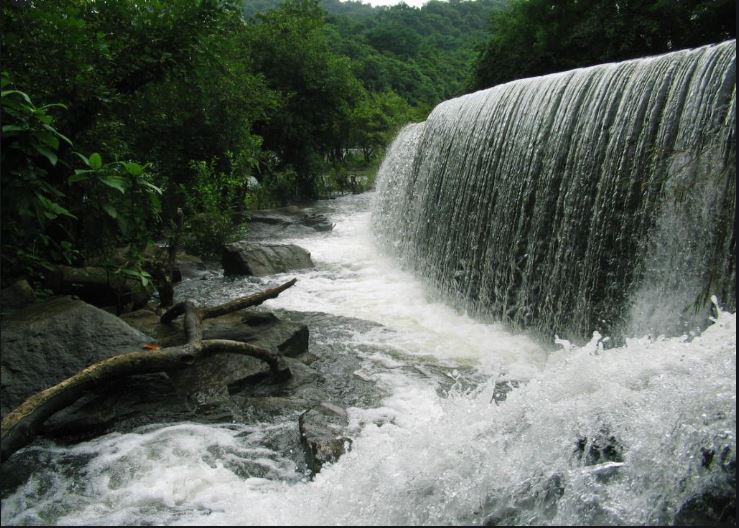 An irrigation canal takes its supplies from a river or a stream. In order to divert water from the river into canal it is necessary to construct certain works or structures across the river and at the head of the off taking canal. These works are known as Diversion headworks, or headworks.

The canal headworks may be classified into the following two types.

Storage headworks consist of a dam constructed across the river to create a reservoir in which water is stored during the period of excess flow in the river. From the reservoir, water is supplied to the canal in required quantity as per demand. Thus storage headworks stores water in addition to the diversion into the canal.

The diversion headworks may be classified into the following two types:

Temporary diversion headworks consist of a spur or bund constructed across the river to raise the water level in the river and divert it into the canal. These bunds may be required to be constructed every year after the floods, because they may be damaged by the floods.

The various components of diversion headworks are as follows:

A weir is a structure constructed across a river to raise its water level and divert the eater into the canal. On the crest of the weirs usually shutters are provided so that part of the raising up of water is carried out by shutters. During floods the shutters may be dropped down to allow water to flow over the crest of the weir. Weir is usually aligned at right angles to the direction of flow of the river.

Weirs may be classified according to the material of construction and certain design features into the following three types.

In the case of a barrage the crest is kept at a low level and the raising up of water level (or ponding) is accomplished mainly by means of gates. During floods these gates can be raised clear off the high flood level and thus enable the high flood to pass with minimum of afflux (or heading up of water on the upstream side). A barrage provides better control on the water level in the river but it is comparatively more costly.

A divide wall is a long masonry or concrete wall or groyne (an embankment protected on all sides by stone or concrete blocks) which is constructed at right angles to the axis of the weir to separate the undersluices from the rest of the weir. If two canals take off, one on either side of the river, then two divide walls are required, one on each side. The top width of the divide wall is about 1.5 to 2.5m. The divide wall extends on the upstream side up to a distance little beyond the beginning of the canal head regulator and on the downstream side up to the end of the loose protection.

Large rivers have various types of fish, many of which are migratory. They move from one part of the river to another according to the season. In our country generally fish move from upstream to downstream in the beginning of winter in search of warmth and return upstream before monsoon for clearer water. Due to the construction of a weir or barrage across the river such migration of the fish will be obstructed and if no arrangement is made in the weir or barrage for this migration, large scale destruction of the fish life may take place in the river.

Thus to enable the fish to migrate fish ladder is provided. Since most fish can travel upstream only if the velocity of flow does not exceed 3 to 3.5 m/s, the design of the fish ladder should be such that it constantly releases water at a velocity not exceeding this value.

Silt excluders are a type of silt control device which functions to exclude silt from water to entering the canal. These devices are particularly provided on the river bed in front of the head regulator. A silt excluder usually consists of a number of rectangular tunnels resting on the floor of the undersluice pocket. The bottom portion of the tunnels is formed by the floor of undersluice pocket. The top level portion of the roof of tunnel is kept same as the level of the crest or sill of the head regulator. The tunnels are constructed with variable lengths. The tunnel nearest to the crest is of same length as the length of the head regulator. But all other successive tunnels have a decreasing length.

It is a structure constructed at the head of a canal from the upstream of the weir or barrage constructed. It consists of number of spans separated by piers which supports the gates provided for the regulation of water flow to the canal. The spans ranging from 6 to 8 m are used with counterbalanced steel gates which are operated manually by winches. Also larger spans are used if necessary or the condition is economical.

River training is defined as the various measure adopted on a river to stabilize the river channel along a certain cross section for a particular alignment. These measures are adopted because the rivers in alluvial plane frequently alter their courses and subsequently cause damage to the land and property adjacent to them. Some of the major river training works are explained as below:

Marginal bunds or levees are the earthen embankments which are provided to confine the flood water from the river within an allowable cross-section and in between the embankments. Thus the spreading of flood water beyond these marginal bunds is prevented.

The guide bunds are also a type of earthen embankments provided to confine the flood water of alluvial rivers within a reasonable length of waterway and provide a straight and non-tortuous approach towards the constructions works across the river. They are also used to prevent the river from changing its course and outflanking the construction work. In India the guide banks were first designed by Bell and hence these are also known as Bell’s bunds. The initial design by Bell was later modified by Spring and Gales and this modified design is commonly adopted these days.