Elements of Theory of Elasticity (with solved examples)

Applications of the finite element method include elasticity problems also. Theory of elasticity deals with the stress and displacements in elastic solids generated by external forces.

Some Important Aspects in theory of elasticity:

There are two types of stresses acting on each face of an element namely,

So, to analyze the element, mainly 6 stress components needs to be evaluated.

Defines the deformation condition at that point.

Note: All 6 stress components are function of the 6 strain components and the matrix relating them is called as ELASTICITY MATRIX. 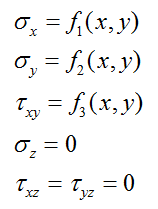 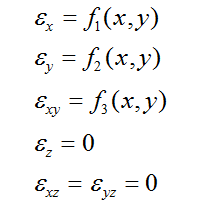 The Detailed explanation of the topic is given in the pdf embedded below with solved examples. Stiffness matrix for 2D and 3D elements (axisymmetric) is also calculated.