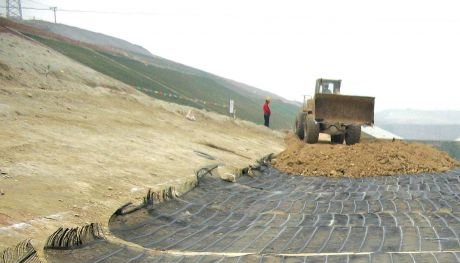 Compaction of the soil is the process where the dry density of soil is increased by reducing air content or air voids present in the soil. This process is an essential part of the construction of any structure, as it strengthens the soil. Many factors influence the degree with which the soil is compacted. The various factors which affect the compaction of soil are as follows:

To achieve the desired density of the soil, the moisture content of that soil has to be controlled properly. If the water content is low, it leads to soil being stiff which will resist compaction. When the water content is increased, lubrication takes place between the soil particles and the soil becomes more workable.

The word ‘compactive effort’ means the effort taken by the equipment used for compaction of the soil. Following are the type of equipments used for different types of soil:

Contact pressure is the pressure between the soil and wheels of the equipment used for compaction. This pressure depends on the weight of the roller wheel and the contact area. A higher contact pressure increases the dry density and lowers the optimum moisture content.

The speed of rolling is the speed with which the soil is compacted is a significant factor. There are two important things to be considered. The first thing is, the higher the speed of rolling, the more length of embankment can be compacted in a day. Secondly, at higher speed of rolling there is likely a chance of insufficient time required for the deformations to take place and hence more passes may be required to achieve the desired compaction.

The slower the speed of travel, the more vibrations at a given point and lesser number of pass required to attain a given density.