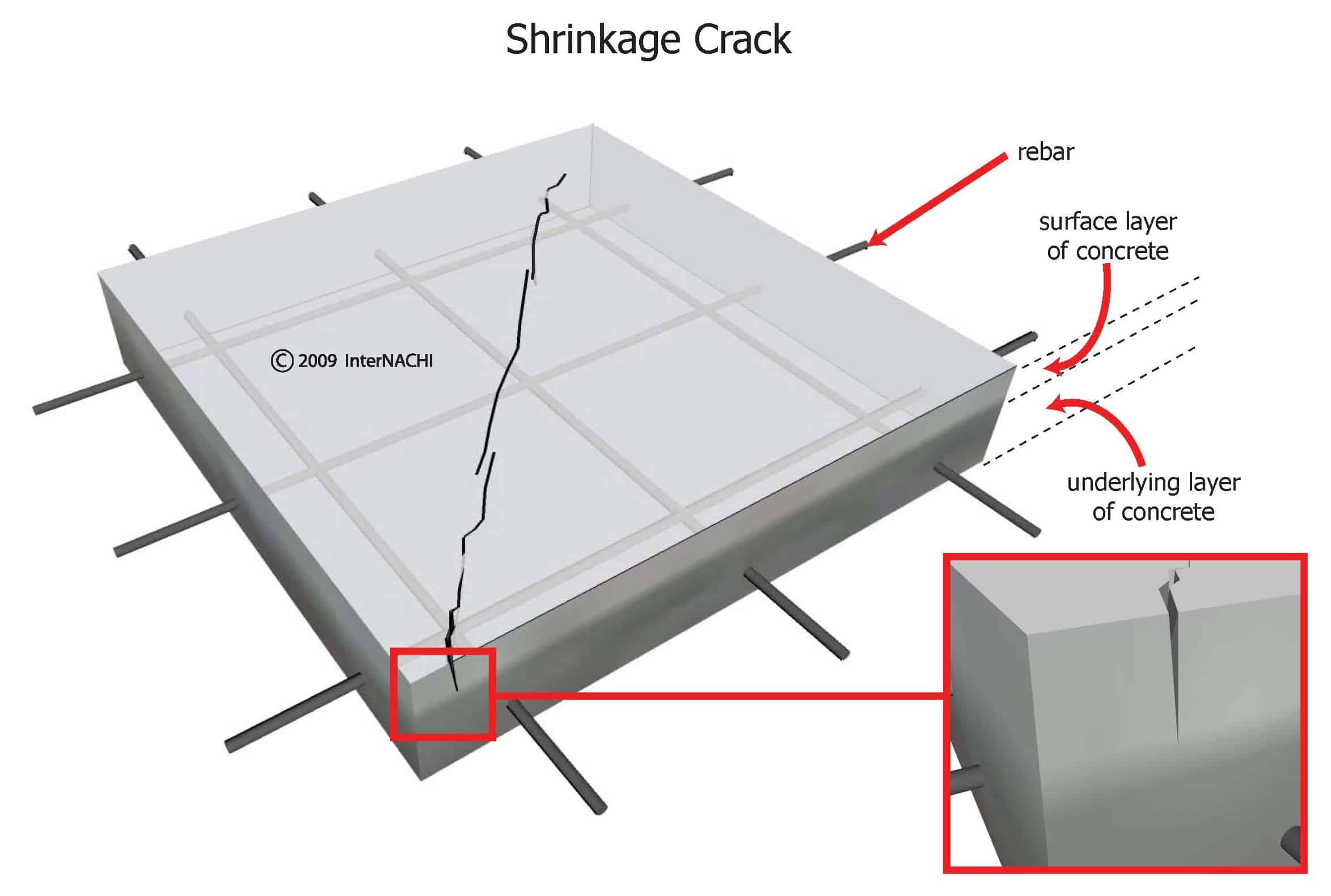 Internal or external restraints in a concrete structural element may resist free shrinkage of concrete, over time this leads to Shrinkage Cracking. In concrete structures, the volumetric reduction that happen due to the loss of moisture by evaporation is known as the shrinkage of concrete. This deformation is time dependent and it reduces the volume without any impact of external forces. When cement paste is pure (cement+water), it may shrink upto 1%. Further, the aggregates added to it resists the deformation which reduces the magnitude of this volume decrease to 0.06%. Deydration of cement is one of the reasons for shrinkage in concrete. This dehydration is the loss of water due to evaporation. Thus, concrete continues to shrink during its life span at a reduced rate.

If the concrete members is allowed to shrink without any restraint, it would not be a major concern as the concrete would not crack. On the contrary, addition of restraint along with the shrinkage leads to the development of tensile stresses which cause cracking of concrete. The tensile stress caused in the thicker sections of concrete are due to the differential shrinkage between the surface and interior concrete.

Shrinkage occurs mainly at the surface, however, it leads to cracking which eventually develop into the thickness of concrete. When some long-term measurements were done on the RCC bridge structures, it was found that the strain due to the drying shrinkage after 5 years was around 30*10-6. But the tensile strain capacity of hardened concrete was found to be in the range of 80-150*10-6. From this it is understood that the long term drying shrinkage is not the only reason for the development of the cracks which are formed without any external loads. But it’s clear that the long term shrinkage does play an important role in it. Shrinkage in beams and girder may also contribute to the deflection of beam. These deflections are negligible for short spans but can be considerable for long span structures like bridges.

Following factors contribute to shrinkage of a specific concrete mix: