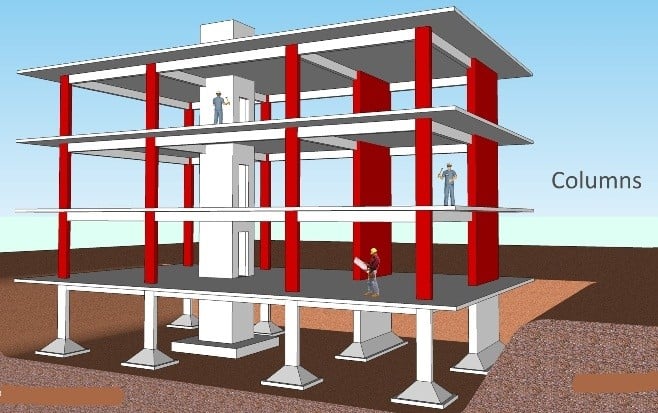 Concrete frame structures are the most common type of modern building. It usually consists of a frame or a skeleton of concrete. Horizontal members are beams and vertical ones are the columns. Concrete Buildings structures also contain slabs which are used as base, as well as roof / ceiling. Among these, the column is the most important as it carries the primary load of the building.

The concrete framed structure should resist various loads that act on the building during its life. These loads include Dead loads, live loads (imposed loads), wind loads, dynamic loads and earthquake loads.

These are the plate element and carry the loads primarily by flexure. They usually carry the vertical loads. Under the action of horizontal loads, due to a large moment of inertia, they can carry quite large wind and earthquake forces, and then transfer them to the beam.