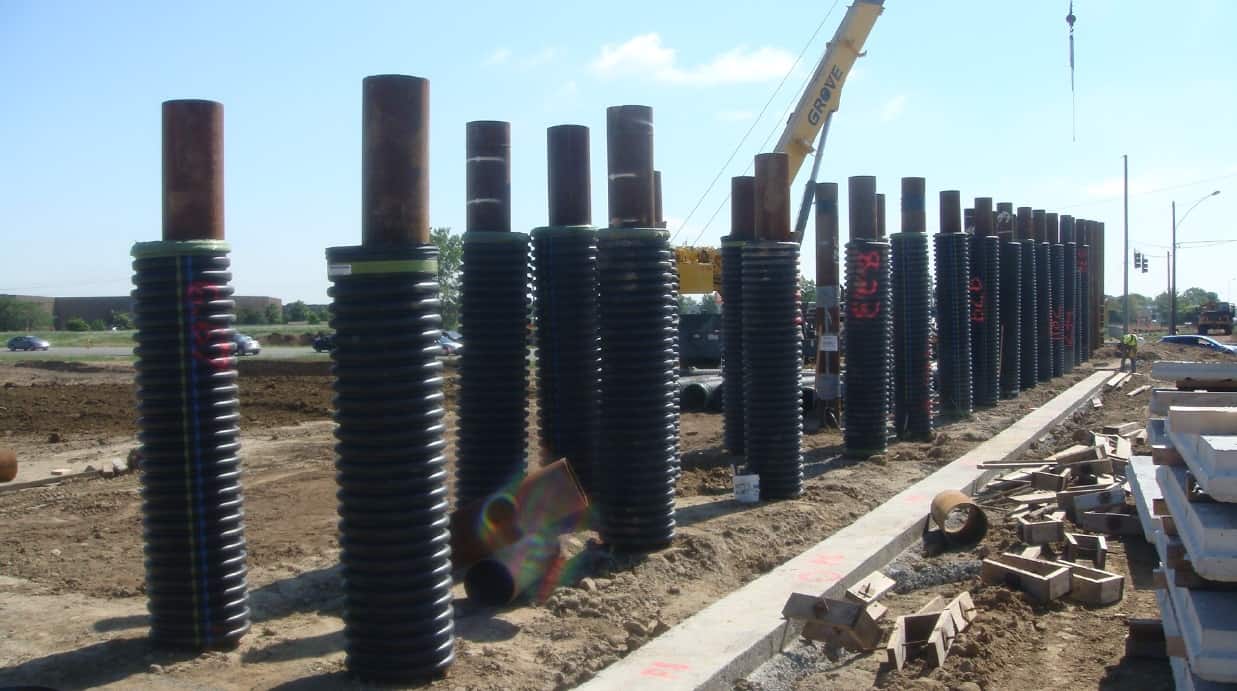 What is Negative Skin Friction?

Negative skin friction is usually a downward shear drag acting on a pile or pile group due to downward sinking of surrounding soil relative to the piles. This shear drag movements are expected to occur when a segment of the pile penetrates a compressible soil stratum that can consolidate. Downward drag may be caused by

These situations in the site can cause the compressible soils surrounding the piles to consolidate. When the tip of pile is bearing in a relatively stiff stratum, the upper compressible soil will move down relative to the pile this will induce a drag load on the pile/pile group. This induced drag load can be quite large and it should be added to the design load for assessing the stresses in the pile.

Vesic found that a relative downward drop of as slight as 15mm of the soil with respect to the pile may be ample to mobilize full negative skin friction. Though the geotechnical capacity of the pile is unaffected by down-drag, it does serve to increase the stresses & increase settlement in the pile/pile cap. It changes the axial force distribution pattern along the pile shaft. From geotechnical point of view, it is a Service State problem.

For pile groups, it can be presumed that there is no relative displacement between the piles and the soil in-between the piles. Thus, the total force acting down is equal to the weight of the block of soil held between the piles, plus the shear adjacent to the pile group perimeter due to negative skin friction. The avg. downward load transferred to a pile in a pile group can be estimated by

For a single pile, the downward load transferred to the pile is equal to the shearing resistance along the pile as

The total applied load (QT) on a pile group or single pile is the live load, dead load, and the drag load due to negative skin friction.