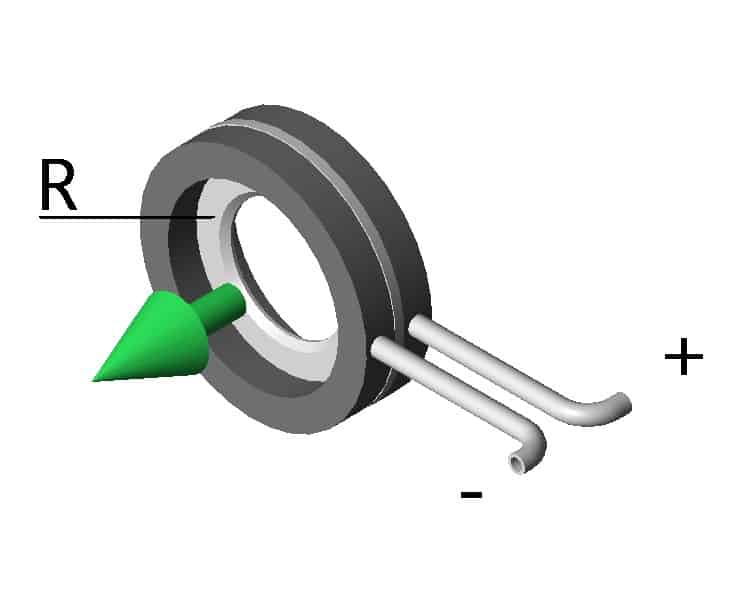 Orifice is defined as the small opening on side or bottom of a tank through which any kind of fluid is flowing. The opening can be of circular, triangular or rectangular in cross section and they are named on the basis of shape accordingly. Orifices are mainly used for measuring the rate of fluid flow.

Orifices are classified on the basis of many criteria such as:

These are explained briefly as below:

Classification based on shape: Based on shape of orifice they are classified as following:

Consider a tank with a orifice on its side as shown in figure: Let h be the head of water from the centre of orifice. The water flowing through the orifice forms a jet of liquid whose area of cross section is less than that of the orifice fitted on the side of tank.

The area of jet will gradually decreasing and at a section C, area is minimum. At this Section the streamlines are straight and parallel to each other and perpendicular to the plain of orifice. So this section is called Vena-contracta. After this section, the jet diverges and it then attracted by gravity to the downward direction.

The theoretical velocity V2 of fluid flowing through orifice will be:

Where g= acceleration due to gravity

Also the actual velocity will be less than this value due to various losses.

There are mainly 3 hydraulic coefficients, they are as follows:

It is the ratio between the actual velocity of the jet of fluid at the vena-contracta to the theoretical velocity of fluid. It is denoted by Cv

Generally the value of Cv varies from 0.95 to .99 for different orifices depending upon their size, shape, head etc. for calculation purposes we assume the value of Cv as 0.98 generally.

It is the ratio of area of the jet at vena-contracta to the area of orifice. It is generally denotes by Cc.

Where ac is the area at the vena-contracta and a is the area of orifice. The value of CC varies from 0.61 to 0.69 depending upon the size, shape and head of orifice in which flow takes place. In general the value is taken as 0.64.