Concrete is arguably the most important building material which plays an important role in all building structures. Its virtue is its versatility which is its ability to be moulded to take any shape required for various structural forms. The entire process of structural planning and design requires not only imagination and conceptual thinking but also sound knowledge of practical aspects, such as recent design codes, ample experience and judgment. It is often stressed that any structure which is to be constructed should satisfy the need and efficiency with which it is intended and it should be durable for its desired life span.

Most of the softwares follow the same hierarchy of steps in designing. The basic steps involved are explained here in this article. Once the form of the structure is selected, the structural design process starts. Structural designing is a combination of knowing the behavior of structural members which are subjected to loads and designing them economically and aesthetically sound to give a safe serviceable structure.

The modelling part is the heart of structural design. If you do the modelling right, then half the road is traveled. When you start drawing the model, there are many options. You can either draw it in the grid or use the template. You can also import the file from Auto-CAD and even see the extruded image of your model after creation. The following steps are considered in modelling:

Some of the general and the most used materials are pre-defined in the software. The material which suits to our building is chosen. Here in the design of concrete building, we choose concrete as the material for beams, columns and slabs. The walls can either be of masonry or concrete (shear wall) depending on the loads coming on the building. However other materials like steel and aluminum are also used in the construction. For the concrete section, rebars are used for reinforcement.

The geometric properties of the sections are defined here. Beams and columns are given the basic properties like length, width and depth. Slab is given its thickness and the slab type is defined as membrane element which is used to represent only the inplane stiffness of members. 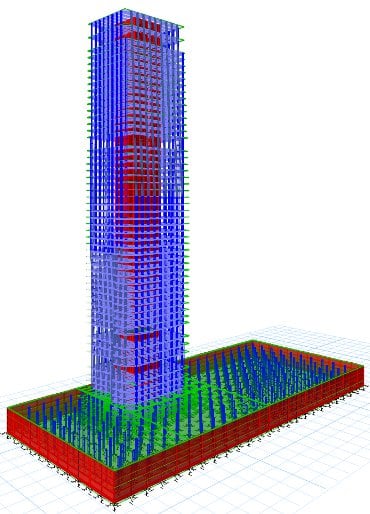 In almost all the softwares, they have both the options of thick and thin shell .It is important to know which is to be applied for the specific condition. Some softwares allow users the ability to create specialized sections of any arbitrary shape and material, including rebar layout.

Selecting the proper boundary condition has an important role in structural analysis. The modeling of support conditions at expansion joints and bearings needs a careful consideration of continuity of each translational and rotational component of displacement. It is common to use simple supports (i.e. fixed, pinned, roller) for a static analysis. These supports are assigned to the nodes at the base where the foundation starts. 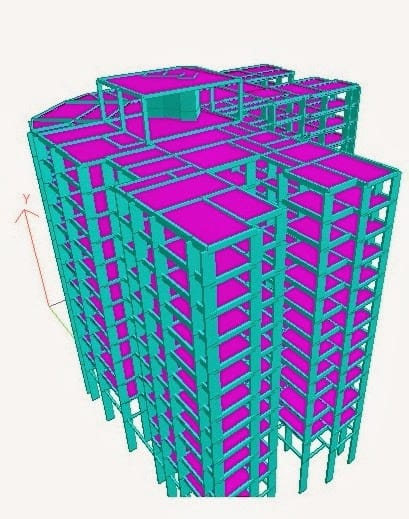 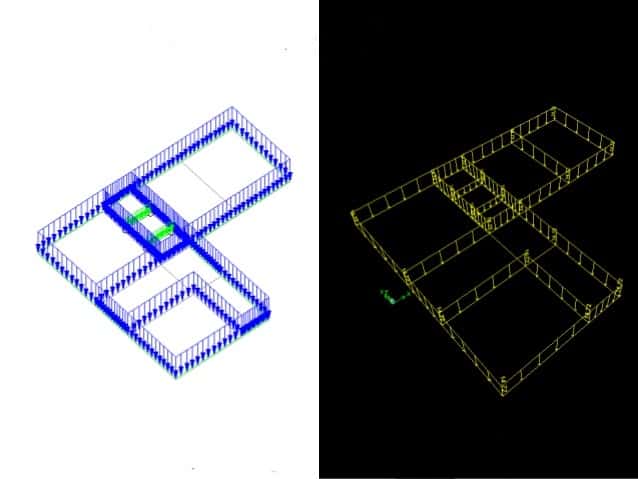 Wall load applied on the structures by different softwares

Wall load applied on the structures by different softwares

It’s our duty to design a safe and serviceable structure and in order to do so we must predict the magnitudes of various loads that are likely to be applied to the structure over its lifetime. Hence to account for the probability of the simultaneous application of various load types, several load combinations are applied on the structure.

The structure will be analyzed for the loads applied. Results from the analysis such as displacements, reactions, bending moment, shear forces, storey drifts can be seen on the structure. It displays results in graphical forms and also display real time-history displacements and generates reports. The deformed geometry of the building can be displayed based on any loads or any combination of loads, as well as animation of modes. 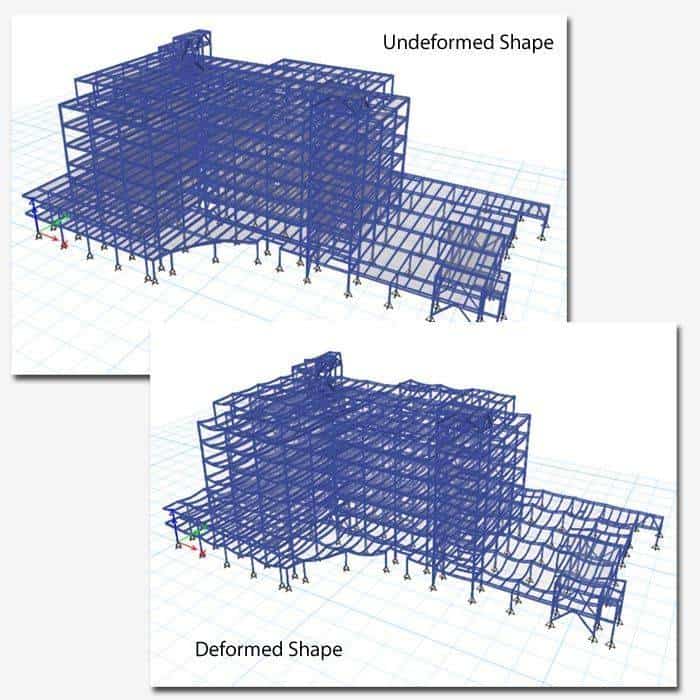 Model before and after analysis

Model before and after analysis 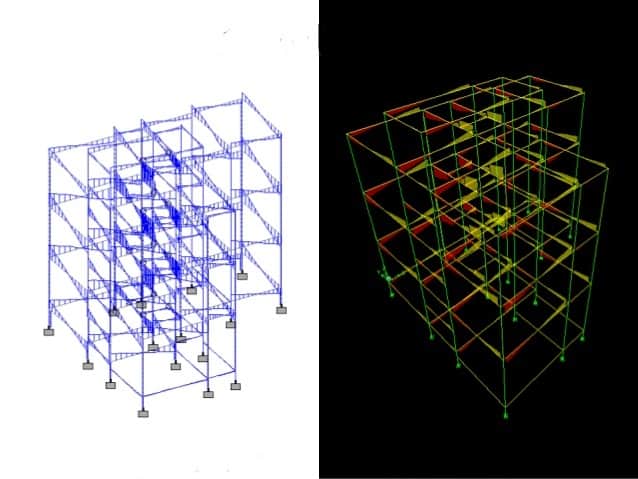 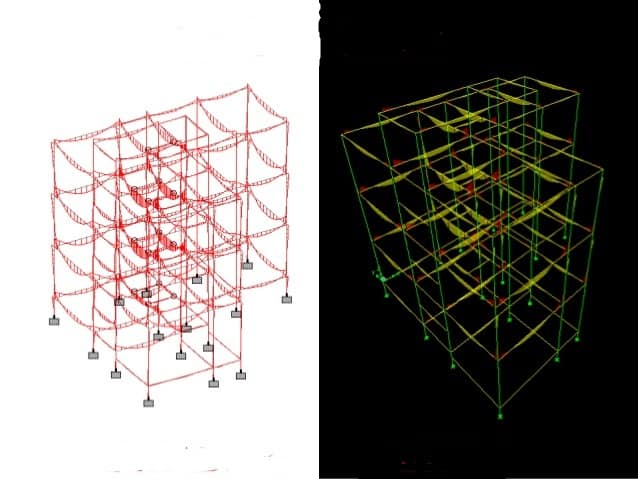 Eg:Shear wall design is done according to IS 456:2000 but for that a command different from the usual, is given. After designing, if some sections fail then you can do the interactive design and change the failed section and design again.

Detailing is provided in some softwares, where the rebars used should be defined. The detailing components include concrete beams, columns and walls, steel framing, beam schedules, column schedules and connections.

Detailing of a shear wall from the software

Detailing of a shear wall from the software

For beams, the bending moment and the shear forces are acquired. If shear walls are designed, the shear and the axial forces are obtained. All of these results are required for the complete construction of the building.

Some important points to be considered while design of structure