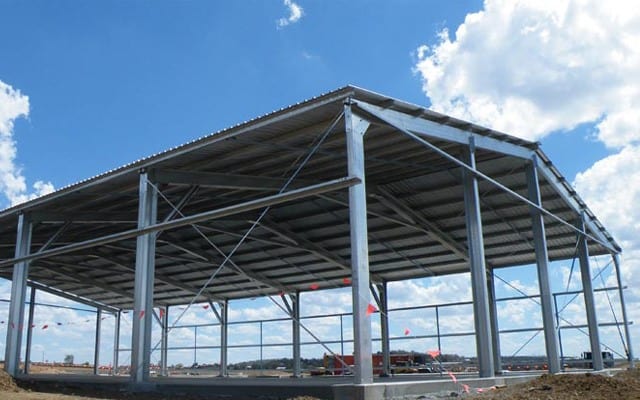 Pre Engineered Buildings (PEB) are the buildings which are engineered at a factory and assembled at site. Usually PEBs are steel structures. Built-up sections are fabricated at the factory to exact size, transported to site and assembled at site with bolted connections. This type of Structural Concept is generally used to build Industrial Buildings, Metro Stations, Warehouses etc.

The adoptability of PEB in the place of Conventional Steel Building design concept resulted in many advantages, including economy & easier fabrication. These type of building structure can be finished internally to serve any functions that is actually help in low rise building design. Examples of Pre-Engineered Buildings are warehouses, Canopies, Factories, Bridges etc.

There are many advantages of Pre Engineered Buildings, which are as follows,

Although PEB have many advantages in the field of Industrial structure but still there are some demerits of Pre Engineered Buildings, which are as follows,

Video below shows step by step assembly of a Pre engineered structure.