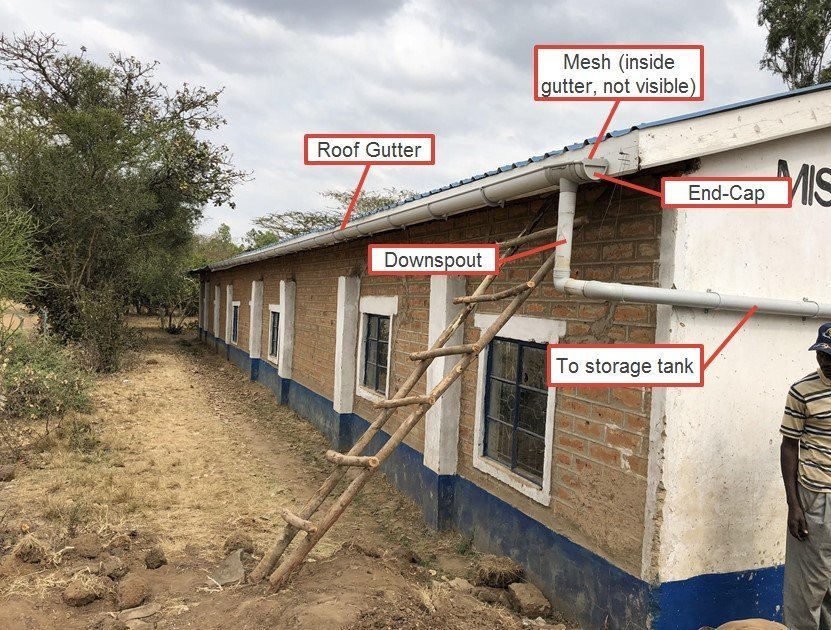 Rainwater harvesting is the practice of accumulating and storing rainwater for reuse on-site. Because it presents several advantages, it seems to have gained popularity in recent years across the world. It is currently being implemented in countries like Canada, India, Israel, New Zealand, South Africa, Kenya, China, the US, among others.

The main advantage of a rainwater harvesting system is that it provides an additional water source during times when the main supply is insufficient due to local droughts or restrictions. Even if there are no droughts, a rainwater harvesting system will reduce the demand on the main water supply which allows replenishing natural freshwater or groundwater sources. In addition, by capturing stormwater instead of allowing it to run off, the system helps mitigating floodings in low lying areas or more importantly, alleviating the burden on combined sewer systems.

By reducing the amount of stormwater that goes into the system, a rainwater harvesting decreases the amount of potential combined sewer overflows into local water bodies, which is a great environmental benefit. Even if the water would run off directly to the waterbody, it would pick up contaminants along the way and increase its pollution, which is directly avoided by capturing the water in the first place.

Although there are new approaches, a typical rainwater harvesting system uses the roof of an existing structure to capture rainwater which is then redirected to gutters that are supported by fascia boards attached to the edge of the roof. Gutters shall be sized in such a way that they will be able to carry the water that the roof is capturing and pitched so that sediments and solids can be carried to the end of the gutter.

The larger the slope the more water the gutter can carry, but the higher the speed will be. High speeds may cause the water to overflow the gutters’ sides or over the end-cap.

A mesh at the end of the gutters collects the solids and allows the water to flow downwards into the storage tanks. The storage tanks should also be equipped with inlet, outlet, drain and overflow structures, and all pipe joints shall be properly sealed to avoid system leaks. One added feature of some projects is the first flush system, which is a larger capped pipe that collects a finite water volume before the water starts overflowing into the tanks.

This is especially important in places where the climate is governed by wet and dry seasons, since the roof can collect many solids during the dry season that would be washed away by the water and into the tanks with the first rain. The first flush system captures this ‘more-than-usual’ polluted water into the first flush pipe that can after be drained for the next rainfall event or season.  To increase water quality, chlorine powder can also be added to the storage tank for water treatment/disinfection. The pictures below might help in visualizing the pipes setup.

For a rainwater harvesting system to be properly sized, it is important to have as accurate as possible rainfall data, the surface area of the roof and calculations of water demand. Through a water supply-demand model or Sequent Peak Analysis, one is able to determine the size of the storage tank that will meet a desired reliability and supply level. This website provides a calculator for the system and pipes that might be useful as a starting point. If you’d like to learn more or simply get in touch, feel free to contact me via LinkedIn.

Disclaimer: I do not hold any relationships or affiliations with the companies listed above other than my own LinkedIn profile.