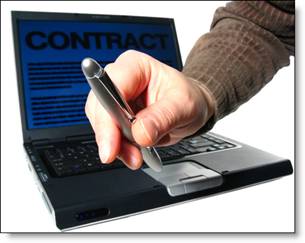 Remedies for Breach of Traditional and Online Contracts

The amount of that will be awarded for breach of contract depends on:The type of contract involved, andWhich party breached the contract.
Special types of contracts:Sale of Goods,Construction Contracts,Employment contracts

Breach of the Implied Covenant of Good Faith and Fair Dealing

Under this covenant:The parties to a contract are held to the express terms of the contract, and They are also required to act in good faith and deal fairly in all respects in obtaining the contract.A breach of this implied covenant is a tort for which tort damages are recoverable