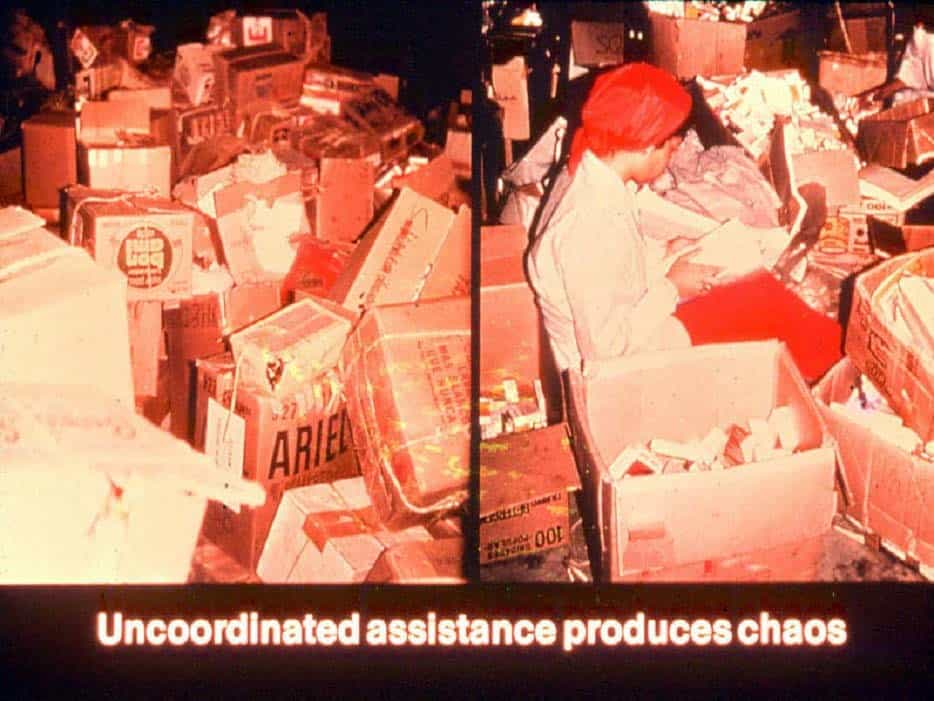 Response within the country

The reconstruction process involves a wide range of activities. For the

purpose of this paper, these activities have been grouped under the following titles.

The next sections analyze the mitigation aspect of each of these activities.

Recycling all debris after a disaster was costly and disruptive

Choosing 100 per cent recycling would be great for the environment, but cost more and take a lot longer.