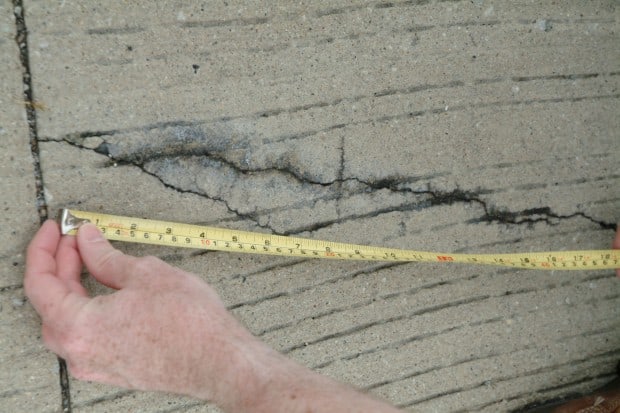 Delayed ettringite formation is a consequence of improper heating during the curing process. It is a normal product in concrete and is delayed when the temperature rises too high for it to form. During this period of high temperatures (above 158°F-176°F), the sulfate in cement paste starts to concentrate for a longer than usual period of time. In response, the sulfate will react with aluminum and calcium in the paste and start to expand, thus creating gaps that form fully around aggregate . This ultimately leaves an open space in the concrete for visible cracking and displacement to form.

Eventually it impairs the integrity of the structure and can start to expose inner reinforcement leading to problems like corrosion. DEF is not a common type of failure in concrete because it is easily prevented. One can limit the temperature of the concrete to 158°F while it is curing as well as making sure that no extra water or moisture is brought in from an outside source.

From the different theories on ettringite formation in hardened concrete, described in literature, possible damage mechanisms can be derived as follows: