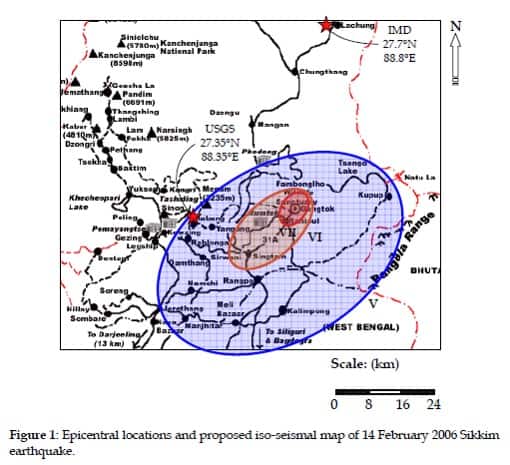 Undressed stones used without proper bonding between adjacent courses of masonry, and also at the corners.The mud mortar used as bonding material in these buildings further aggravates their lateral strength capacity.These buildings were only “repaired” and not adequate retrofitted against future events.

On National Highway 31A, which connects Sikkim to the rest of country. In the Tarkhola Bridge between Melli and Rangpo, spalling of concrete was observed at the top of central pier near bearings.

An RC pedestrian foot bridge constructed in 1989 near STNM Hospital at Gangtok sustained minor damage in the form of spalling of cover concrete in one RC beam corrosion of reinforcement bars.