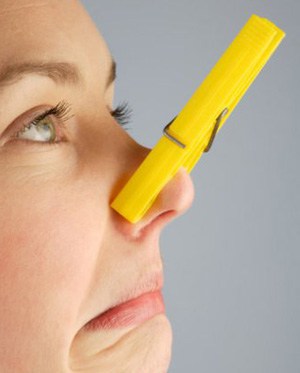 Why do we need odor management?

The potential release of odors is a major concern of public acceptance. For homo-sapiens odor is primarily related to the psychological stress the odor cause. Higher concentration of odorous gases can be lethal. Projects have been rejected & some waste water agencies have been subjected to fines and other legal action over odor violation. 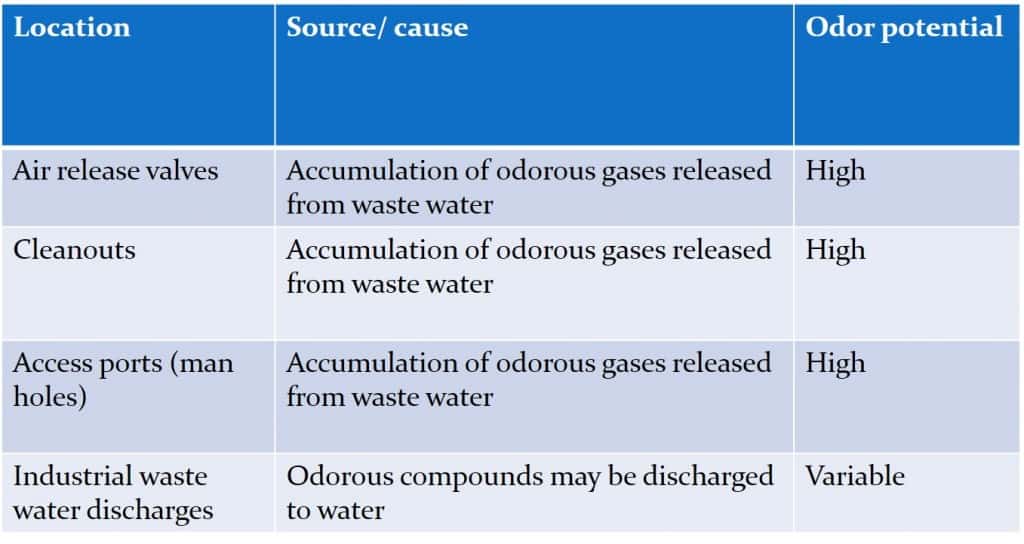 Typically the most significant source of odor in a TP are sludge thickening, anaerobic digesters and sludge load-out facilities. Shearing of solids in mixing by dewatering causes odor release. Proteinaceous biopolymer are major mechanism once released.Trimethylamine above 9 pH is a gas a can be released in air.

Odorous gases hover over the point of generation. They may be measured at great distances from point of generation. In the evening or early morning hours a cloud of odor develop over the treatment plant unit, and then transport(even 25 km) known as puff movement. Puff movement of odors developed by Wilson(1975). To reduce the effects we install barriers to induce turbulence and/or use wind generators

Design details to be considered to minimize release of odor at treatment plants:

Design and operational changes include:

Ferrous chloride and ferrous sulfate can also be used for odor control by precipitation of sulfide ion as ferrous sulfide.

By increasing the pH value of W.W. it results in decreased bacterial activity and also shifts the equilibrium so that sulfide ion is present as HS (-).

Use of odor Masking and Neutralization

Use of Turbulence-inducing Structures and Facilities