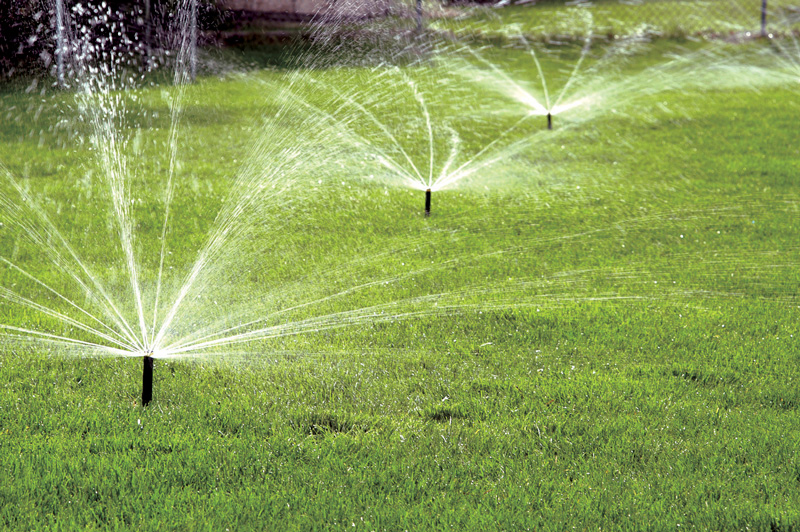 Sprinkler Irrigation is a method of applying irrigation water which is similar to rainfall. Pressurized irrigation through devices called sprinklers. Sprinklers are usually located on pipes called laterals.

Suitable slopes Sprinkler irrigation is adaptable to any farmable slope, whether uniform or undulating.

As water sprays from a sprinkler it breaks up into small drops between 0.5 and 4.0 mm in size.Large drops can damage delicate crops and soils and so in such conditions it is best to use the smaller sprinklers.Drop size is also controlled by pressure and nozzle size.