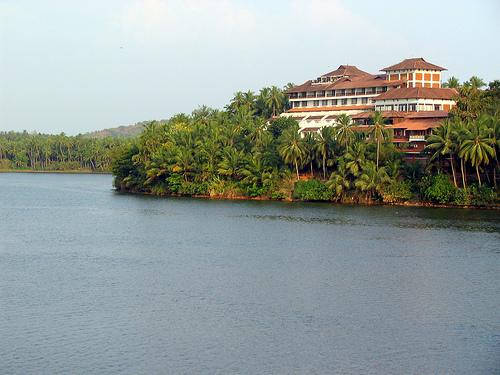 A Study on Various Lakes In Kerala and Environmental Issues

Kerala is popularly called as “GOD’S OWN COUNTRY”. Kerala is rich with 44 rivers which together yield 70300 Mm³of water annually. Major rivers includes The Periyar, the Bharathapuzha, the

Pamba, the Chalakudy Puzha, the Kadalundipuzha and the Achancoil. The Lakes in Kerala & Backwaters region is a particularly well-recognized feature of Kerala. It is an interconnected system of brackish water lakes and river estuaries that lies inland from the coast and runs virtually the length of the state. It consists of 15 major lakes.

Second largest and deepest wetland ecosystem in Kerala. Ashta-8 , Mudi- Conned…..Shape of the lake is like Octopus. A lake with multiple branches & gateway to the backwaters of Kerala. The lake is the source of livelihood for the people living close to it in fishing, coconut husk retting for coir production and inland navigation services. Kollam is an important historic port city located on the right bank of the lake. Kallada River is a major river discharging into the Ashtamudi Lake.

Intense anthropogenic pressure. Oil spills from thousands of fishing boats and from industries in the surrounding area. Large quantities of untreated sewage, disposal of human excreta, and the pollution from paper mills, industries (aluminum, ceramics, seafood), as well as from coconut husk retting. Many fish species may have become extinct due to lack of spawning facilities on the banks of the lake due to canalization of the lake’s banks by walls built of laterite and granite stones

viz. Punnamada Lake in Kuttanad,Kochi Lake in Kochi. Total area drained by the lake is 15,770 km²,which accounts for 40% of the area of Kerala. Kumarakom backwaters is one of d famous tourist spot in Kerala

It is located below MSL. Salt water intrusion is more. A 1252 m long Thanneermukkom salt water barrier constructed as a part of the Kuttanad Development Scheme to prevent tidal action and intrusion of salt water into the Kuttanad low-lands It divides the lake into two parts – one with brackish water perennially and the other half with fresh water fed by the rivers draining into the lake. Severely restricted the natural flushing of pollutants. Growth of Water Hyacinth in fresh water. If it is not controlled, it restricts the water flow, blocks sunlight, reduce DO level and even kills fishes. It also create a prime habitat for mosquitos, the classic vectors of disease

The largest fresh water lake in Thiruvananthapuram district. There was a move to drain the lake and use the reclaimed area for agriculture. It was resisted by locals and environmentalists and has been shelved. Illegal sand mining, pollution and land reclamation is affecting the condition of the lake.

Natural  freshwater lake with Altitude of 2100 meters above sea level. Lake has the shape of India’s map. Pethia pookodensis, is a species of cyprinid fish known to occur only in Pookode Lake. The forests surrounding the lake hold many wild animals, birds and flies. There are groups of Blue water lily flowers scattered here and there in the lake.

Manmade fresh water lake located in centre of the city. Rectangular in shape and fed by natural spring. It is an important source for drinking water, but is susceptible to pollution from municipal sewage, domestic waste and pollutants from nearby textile factories. It was particularly bacteriologically contaminated during the monsoon season and was highly alkaline