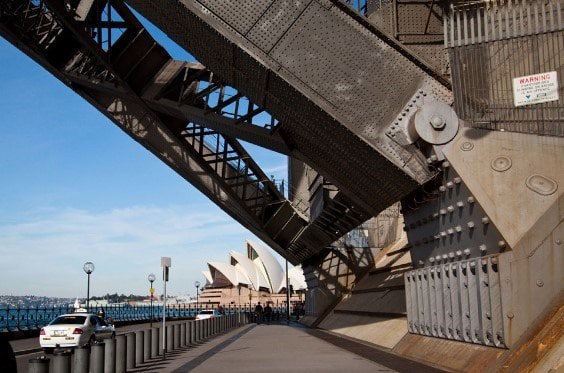 Defining the boundary conditions in aamodel is one of the most important part of preparing an analysis model, irrespective of the software that you use. Supports are an essential part of building your model to ensure accurate and expected results. These are not to be ignored nor guessed as it can lead to your structure not behaving in the way you anticipated. To define supports you need to be aware about the support detailing in case of steel structures. For example, a support column in a steel structure can be pinned or fixed, depending upon the detailing adopted.

This is the most rigid type of connection. It restrains the member in all translations and rotations, which means it can’t move or rotate in any direction. The best example of this is a column placed in concrete which can’t twist, rotate or displace. A fixed support in three dimensional model will have 6 degrees of freedom restrained, which are three translations and three rotations in three orthogonal directions, X, Y and Z.

These are beneficial when you can only use a single support. The fixed support provides all constrains necessary to ensure the structure is static. It’s the only support which is used for stable cantilevers.

The greatest advantage provided by this support can also lead to its downfall as sometimes the structure requires a little deflection or some play to protect the surrounding materials. For example, as concrete continues to gain strength, it also expands. Hence it’s crucial that the support is designed correctly else the expansion could lead to reduction in durability.

This support can’t resist the horizontal support but can resist the vertical support. This connection is free to move in horizontal direction as there is nothing restraining it.

The most common use of this support is in a bridge. Typically a bridge consists of a  roller support at one end to account for the vertical displacement and expansion from changes in temperature. It’s required to prevent the expansion causing damage to a pinned support.

For a structure to be stable roller support is used along with pin support.

A pinned support is a common type of support in civil engineering. Like hinge, this support allows rotation to occur but not translation which means that it resists the horizontal and vertical forces but not a moment.

Pinned supports are widely used in trusses.  By joining multiple members by pinned connections, the members push against each other which will induce an axial force within the member. The advantage of this support is that the members won’t have internal moment forces, and can be designed only according to their axial force.

The pinned support can’t completely resist a structure on its own as you need at least two supports to resist the moment coming on the structure.

Interior hinges are often used to join flexural members at points other than supports. In some cases, it is employed deliberately so that the excess load breaks the weak zone rather than damaging other structural elements.