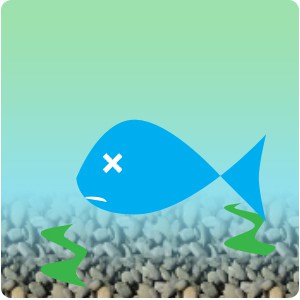 Validity Of BOD Test for Waste-water Released to Marine Ecosystems

Cities have resulted in faster growth rate, 17 coastal megacities covering about 25% of the world’s population. The availability of oxygen in the ocean is limited due to high chlorides. The biochemical degradation rates are slower in salinity water. BOD is a wet oxidation process, which follows first-order kinetics. The values of kinetic rate constants are expected to differ with varying salinities and temperatures. Research is carried out using glucose–glutamic acid and domestic waste-water to evaluate the impact of salinity on bio-degradation of carbonaceous waste at 20°C and 27°C. Inverse relationship between rate of bio-degradation and salinity. BOD exertion at 20°C (5 days) and 27°C (3 days) for the marine environment is comparable at selected salinity.

Exertion of BOD is:

BOD for “glucose–glutamic acid” showed lower value in seawater than that observed in freshwater. Finding the of BOD exertion of GGA and domestic waste-water under specific saltiness expressed in terms of chloride concentrations at 20°C and 27°C.

Please refer the ppt embedded below for statistical details.

BOD, which measures oxygen requirement for aerobic stabilization of the organic matter, is a bio-assay test. The natural seawater with 35–36 parts per thousand (ppt) of salinity has about 20,000 mg/L of chlorides. The experiments were conducted for a 10-day period to achieve maximum exertion of carbonaceous BOD. A cotton-filtered domestic wastewater was used as “seed” to provide a heterogeneous population of microorganisms. In view of the fact that BOD exerted at 20°C for 5 days is equivalent to the BOD at 27°C for 3 days.

the decomposition rate of organic contaminants phenomenon occurs due to restriction of osmoregulatory processes responsible for the breakdown of organic compounds within the cells of microorganisms. According to the first-order equation of chemical kinetics (Sawyer et al.2010), the rate of decomposition is directly proportional to the amount of undecayed material and may be mathematically expressed as

– sign indicates the loss of material with time. C is the concentration of oxidizable organic matter . at the start of the time interval t. K is the rate constant.

The BOD curve can be described by a first-order kinetics equation (Metcalf and Eddy, Inc.2003)

dL0/dt = -k L0
Coefficient of determination (r2), a measure of the proportion of variability in a data set that is accounted for by a statistical model; often called R2; equal in a single-variable linear regression to the square of Pearson’s product-moment correlation coefficient. (The strength of the linear relationship between the values).

BOD exertion was 10% to 15% higher at 27°C as compared to 20°C for all media. With incremental increase in chloride concentration, BOD exerted for conventional time and temperature (20°C, 5 day) dropped progressively from 70% to 46% for glucose–glutamic acid solution and from 56% to 31% for domestic waste-water. The values of BOD exerted at 20°C, 5 days, and 27°C, 3 days. Sudden rise in BOD exertion was not observed after the sixth or seventh day when oxidation of nitrogenous waste is expected to start.

The values of the square of the correlation coefficient (r 2) were negative and greater than 0.9 indicating good strength of the negative association between two variables, i.e., degradation rate and chloride concentration. This trend analysis indicates that as the chloride concentration increases, the rate of degradation of organic matter decreases.

Ten percent to 15% higher BOD was observed at 27°C when compared to 20°C for all media. Negative impact of chlorides on the oxidation of organic matter was observed showing decrease in BOD exertion at higher chloride concentrations. This observation permits adoption of BOD test at 27°C with shorter duration for saline waters. Nitrogenous oxidation was not observed at selected test conditions till 10 days. How ever additional oxygen will be required for nitrogenous BOD and needs consideration while designing waste discharges.

Availability of microbes was not the limiting factor for reduction trend in oxidation of organic matter at increased chloride concentrations. The values of “k” reduced significantly at elevated salinity. the correlation coefficient values. The values indicate decreasing trend in degradation with increasing salinity. Those are indicated the necessity for critical consideration of slow degradation rates while planning the disposal options for organic wastes in the marine environment.