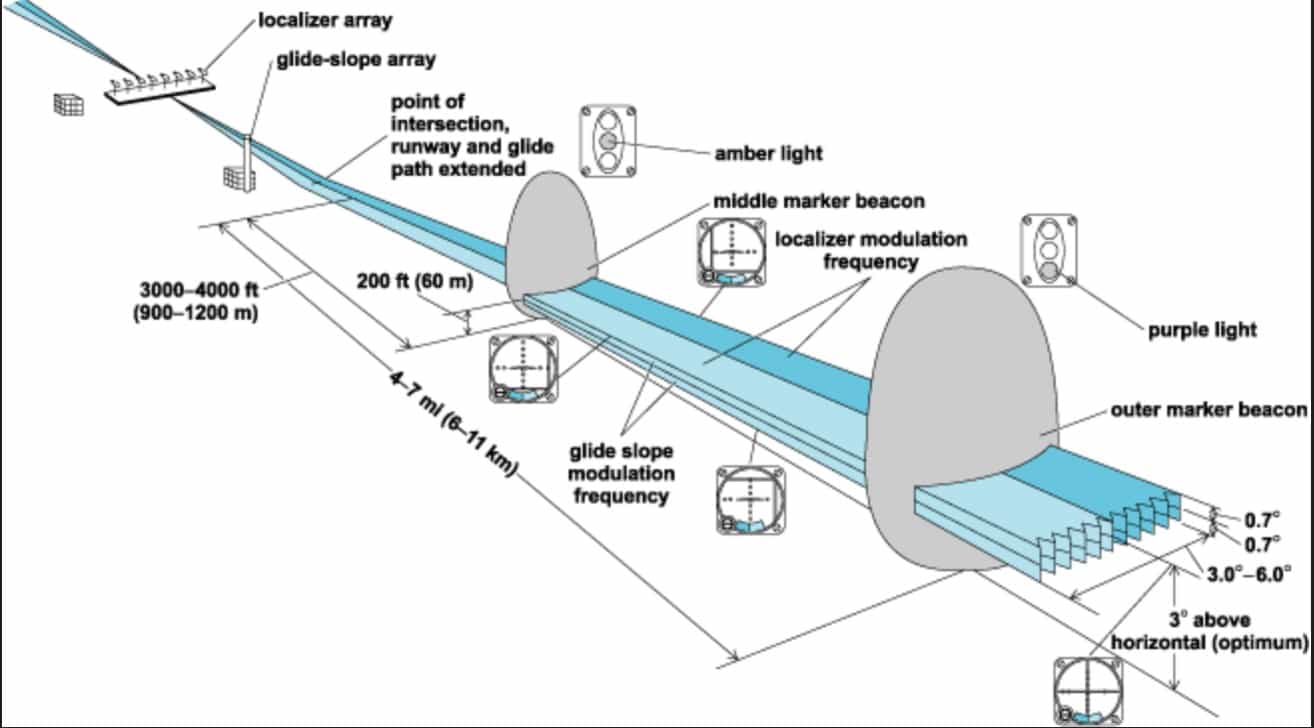 Landing aids can be Any flashing light, radio beacon, communicating device or radar device or any system of such devices for helping aircraft in an approach and landing.

Used to guide a pilot to the runway , helps the pilot to judge his alignment  with the runway and correct angle of approach

Instrument landing system (ILS) was the only ground-based system certified to provide both lateral and vertical guidance to aircraft on approach to an airport. An ILS system consists of two radio transmitters located on the airport. One radio beam is called the localizer and the other the glide slope. The localizer indicates to pilots whether they are left or right of the correct alignment for approach to the runway and the glide slope indicates the correct angle of descent to the runway.

ILS system provides facilities for landing under conditions of poor visibility. ICAO has divided the visibility into three categories for ILS approach:

Same as ILS but the information reaches the pilot through his hearing aid. PAR gives to the controller picture of descending aircraft both in plan and elevation then controller checks the alignment and glide slope of aircraft. So no need of navigational

ASR provide air traffic controllers with a visual display of the position of each aircraft within the air space surrounding the terminal. Effective up to a distance 50 km to 100 km. It does not indicate the altitude of the aircraft. In INDIA this is provided at Jawahar lal Nehru (Mumbai) and Subhash chandra bose (Calcutta) airports.

ALS is a lighting system installed on the approach end of an airport runway and consisting of a series of light bars, strobe lights, or a combination of the two that extends outward from the runway end. Approach lighting systems (ALS) are designed