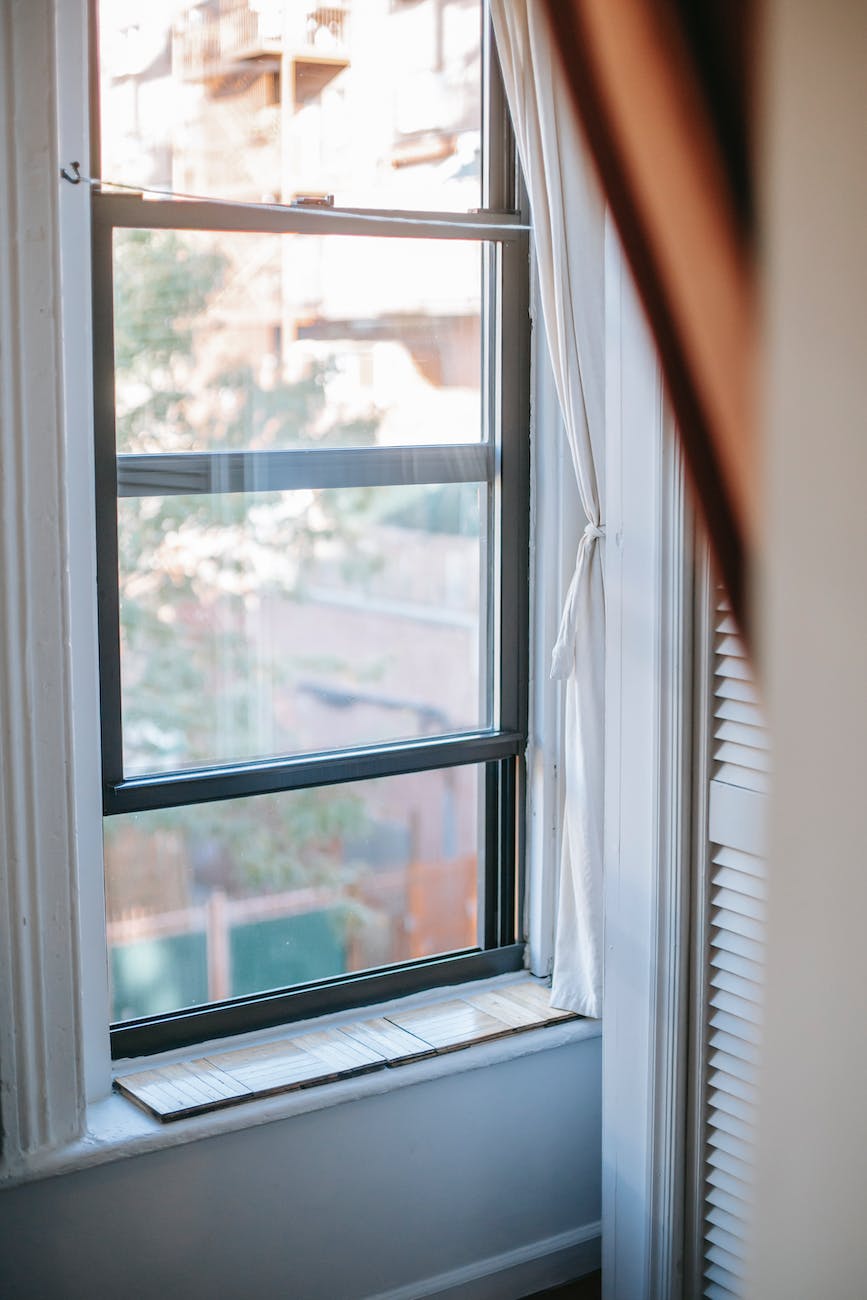 Windows are doors that have glass installations in the openings to let light and air in and let people see outside. For ventilation, there often have openings. They consist of a frame that slides into the wall opening and shutters made of glass or wood in connection to the frame with hinges.

Functional Requirements of a window

Besides, other performance requirements include:

Components of a window

Selection of a window

The following are a some of the factors you need to keep in mind while selecting a window for an appropriate location:

Based on materials used:

Aluminum was used to make sliding tracks and window frames of this type. They give the window structural stability even with thinner frames, allowing you to construct sliding windows with bigger openings.

You have a wide range of options for a good variety because they can be manufactured in an infinite number of designs and shapes. This is the standard style of window that can be found all over the world.

They are produced with M.S. materials such as flats, bars, pipes, and angles. One of the most popular types of windows is also one that can be made by any local fabricator. After measuring the window opening, various grill models can be soldered using a combination of the necessary MS materials.

As a frame material, they are made of cement concrete with the M.S. RCC louvered windows or grills are perfect for small godowns, pumphouses, or sheds because they are inexpensive and low maintenance.

Mosquito mesh or wire mesh can be used as the mesh. The main reason for repairing such windows is to keep insects and mosquitoes out of the house. They should ideally be attached to the primary window as a secondary window.

The window made of stainless steel resembles M.S. windows during the production process. They have a unique metallic luster and are rustproof. But compared to M.S., the cost is somewhat higher.

uPVC windows are made of uPVC frames and are popular for its excellent thermal performance and insulations. These are usually single or double glazed. Dude to its intert material structure there are expected to last for a liftime and is the most popular choice for modern construction.

Based on Location and function:

Fixed windows are affixed to the wall and they cannot be closed or opened. Generally, they are offered to let light into the space. shutters with a full glass surface are secured to the window frame. The shutters that are offered are usually weatherproof.

In this type, the window shutters can be moved within the frame. Depending on our needs, the movement may be horizontal or vertical. Roller bearings are used to facilitate the movement of shutters. Typically, this kind of window is offered in buses, bank tellers, stores, etc.

Pivots are offered to window frames in this type of window. A shaft called a pivot aid in oscillating the shutter. The frame doesn’t require any rebates. Depending on where the pivots are, the swinging may be vertical or horizontal.

allow for ventilation without allowing for outside visibility. The louvers could be made of glass, metal, or wood. The recommended angle for louver inclination is about 45 degrees. The louvers slope downward in the direction of the exterior to allow rainwater to drain off. They are typically offered in restrooms, commodes, and private areas, among other places.

The most popular and typical windows today are casement windows. The shutters, which are attached to a frame, could be opened and shut like door shutters. The frame is given rebates so it can accommodate the shutters. Shutter panels can be either single or multiple.

Sash windows, a form of casement window, have fully glazed panels in this instance. The top, bottom, and middle rails make up this structure. Sash bars or glazing bars are small timber members that are used to create small panels from the space between both rails.

The corners of the room are equipped with corner windows, as suggested by the name. That indicates that corner windows have two perpendicular faces. These windows allow for the entry of light and air from two different directions into the space. The building will look more aesthetically pleasing with corner windows.

projected windows from the wall that are designed to increase the opening’s area and allow more outside light and ventilation. There are various shapes for bay windows’ projections. It could be triangular, rectangular, or polygonal, for example. They enhance the structure’s aesthetic appeal.

For sloped roofs, dormer windows are offered. These are reflected from the sloped surface. In addition to lighting the space, they also provide ventilation. They also improve the room’s appearance.

A room with a higher ceiling than the others in a building will have clerestory windows if the ceiling heights of the other rooms in the building differ. With the aid of a cord over pulleys, the shutters are capable of swinging. These also improve the building’s aesthetic appeal.

Over the flat roofs, lantern windows are offered. More light and airflow are intended to be provided to the interior spaces through this window. They are typically emitted from the rooftop so that we can close them as needed.

On the top of sloped roofs, skylights are usually present. Skylights are offered so that the rooms can be lit. It is supplied in a straight line across the slope. Whenever necessary, skylights can be opened. To make it waterproof, lead gutters are positioned on the frame.

A pair of shutters are connected to one frame in double-hung windows. One shutter is positioned above the other. Within the frame, these two shutters are vertically slidable. As a result, we can adjust the level of the top or bottom windows as needed. A chain or cord made of metal weights is provided and connected over pulleys to function the double-hung windows. As a result, the shutters could move vertically by pulling the cord weights. The windows can then be fixed in the desired position for ventilation, light, etc.

What are the factors to be considered while selecting a window?

What are the functions of windows in buildings?

The primary function is to allow for daylight and a view. In addition to this, it also provides noise insulation, privacy, visual appearance etc.

What is Dormer window and Bay window?

Dormer windows are provided on sloped roofs. These are reflected from the sloped surface. In addition to lighting the space, they also provide ventilation. They also improve the room’s appearance.
Bay windows are projected windows from the wall that are designed to increase the opening’s area and allow more outside light and ventilation.