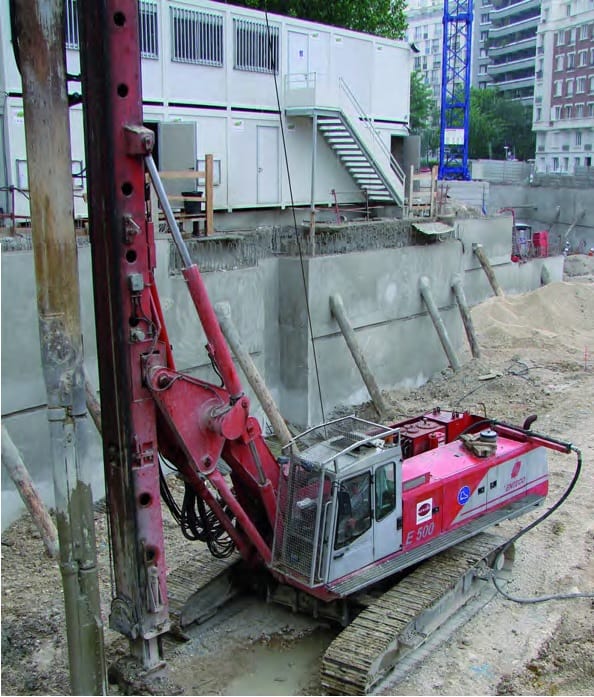 To improve the load bearing capacity of in-situ soils and fills, Vibro stone columns are designed and are used. These columns reduce the differential settlements of non-homogeneous and compressible soils which allows the use of shallow footings and thinner base slabs. For the construction of Vibro stone columns, the vibrator is made to reach the design depth and the resulting cavity is filled with hard inert stone, free of clay and silt fines. This stone infill is compacted in stages where each stage is compacted thoroughly. The introduction of the stone fill results in the required interaction between the stone columns and the surrounding soils.

The Vibro stone columns and the soil surrounding them, conforms a coherent foundation support system which has low compressibility and improved load bearing capacity. When cohesive soils are considered, relatively rapid consolidation is obtained as the pore water pressures dissipates by the stone columns. The layout of stone column can be sorted to accommodate different combinations of load, soil type and required settlement performance. Generally the column spacing are in the range of 1.2 to 2m beneath the main load bearing foundations, and up to 3m beneath floor slabs.

This method is aptly suitable for the rectification of soft soils such as silty sand, silts, clays and non-homogeneous fills. But this technology is not suitable for organic soils, peat and very soft clays because of their lack of lateral confinement. Hence for these type of soils, other ground improvement methods need to be considered.

Principal methods of construction of Vibro stone columns are: