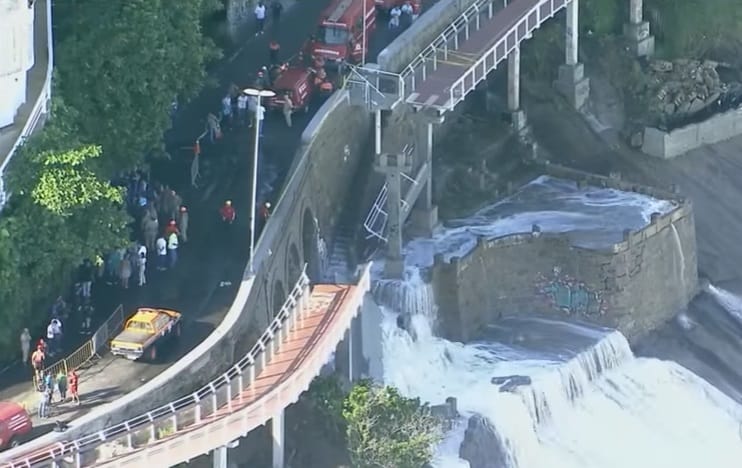 50-meter span of 3.9km long Ciclovia Tim Maia, Elevated Cycle Track (cycle path) was washed away by waves on 21st April 2016 killing two cyclists. The construction took only 18 months to complete and was opened in January 2016. Investigations about the failure of structure is still in progress. Initial findings shows that the structural engineers overlooked the possibility of giant waves that can cause uplift in the deck. This was not considered in the preliminary design and site visits. The oceanographic studies were restricted to effect of waves on the pillars upto a height of 2.5m.

“The biggest mistake was only considering the impact of wave two meters in the middle pillar,” said Reynaldo. He also stated that the companies participating in the bidding process had no experience in such works there should be a detailed executive project, with an oceanographic study showing all the wind and tides impacts to which the trays were exposed.

Four major reasons for the collapse are considered as:

Span segment with single beam girder where simply supported on the piers and was overturned when struck by the waves. The collapse should be taken as an eye-opener for practicing engineers to understand the importance of expertise in these kind of structures.