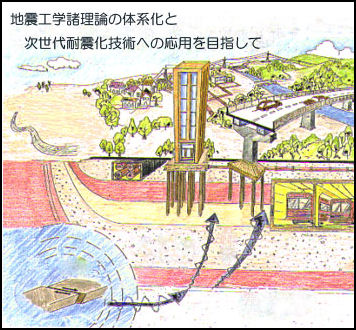 What is an earthquake?

What causes an earthquake?

Earth is divided into sections called Tectonic plates that float on the fluid-like interior of the Earth. Earthquakes are usually caused by sudden movement of earth plates

Rupture of rocks along a fault

Faults are localized areas of weakness in the surface of the Earth,sometimes the plate boundary itself

Building structures on soft soil should be avoided. Buildings on soft soil are more likely to get damaged even if the magnitude of the earthquake is not strong . Similar problems persist in the building constructed on the river banks which have alluvial soil.

In the coming years the work in the field of EQRD is very important to have safe structures which can take the effect of earthquake with less damage to the society.