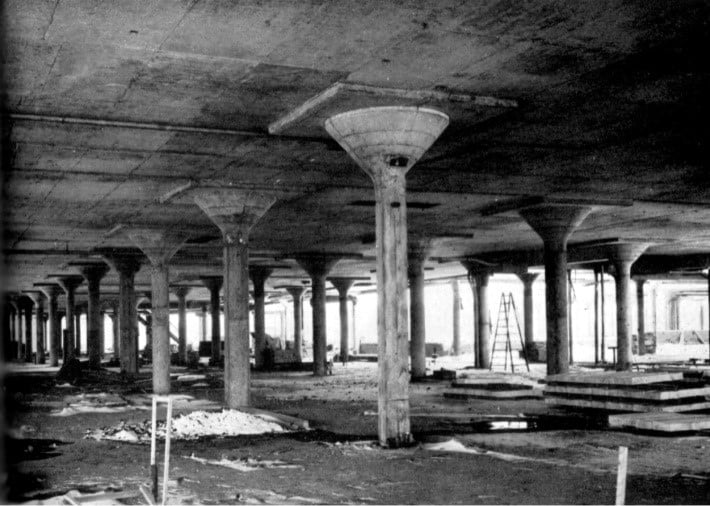 What is Punching Shear?

As the name suggest punching shear is the mode of failure that occurs when a column or compression member ‘punches through’ a flat member such as slab. This is a particularly a big problem in the post tension slab, column footings, flat plates and flat slabs. The punching shear is a type of two-way shear. It is a common concern in thin structural members such as slab, footings, etc. which should be solved. This can be done by proper designing of structural member.

How to solve the problem of Punching Shear??

1) Increasing the thickness of slab

The easiest way to solve this is problem is increasing the thickness of the slab. This method is generally used where other effective or more appropriate methods are not available. Disadvantage: The main disadvantage of this method is that it increases the dead load of the structure which is not appropriate.

Drop cap is the small thickened area that is provided at the top of the column and under the slab. Its main advantage is it does not affect the weight of the slab. It also provide more area for the load to be applied by the slab. Disadvantage: It is a labour intensive and an expensive process. The aesthetic appearance of the structure is also affected by this process.

Shear reinforcement is also provided around the column to reduce the effect of the punching shear. Some special types of reinforcement are also available in the market for this purpose. Example: Decon Studrails, LENTON steel fortress. This system behaves similarly to a drop cap.

Disadvantage: It is very expensive as the special reinforced which is required for this purpose are quite expensive as compared to the conventional reinforcement. It is a complex process and have long lead time. This type of reinforcement is also not easily available in some areas. It also required skilled labour for this construction.

From the above discussion we can see that the providing the shear reinforcement is the best method to solve the problem of punching shear. So for effective control of punching shear the design is necessary. Punching stresses generally arises when a concentrated load is applied to a small area of slab. The punching stresses act along the loaded perimeter. The shear force, VEd acts over an area udeff, where

u    = the length of the perimeter. The basic perimeter, u1 is at 2deff from the column.

For the structure in which adjacent spans do not differ by more than 25 percent the lateral stability does not depend upon the frame action of slab and the column junction, the design punching stress is taken as:

The effective moment transfer at column or slab junction should also be ensured in the punching shear design. At the column perimeter: The design steps are: