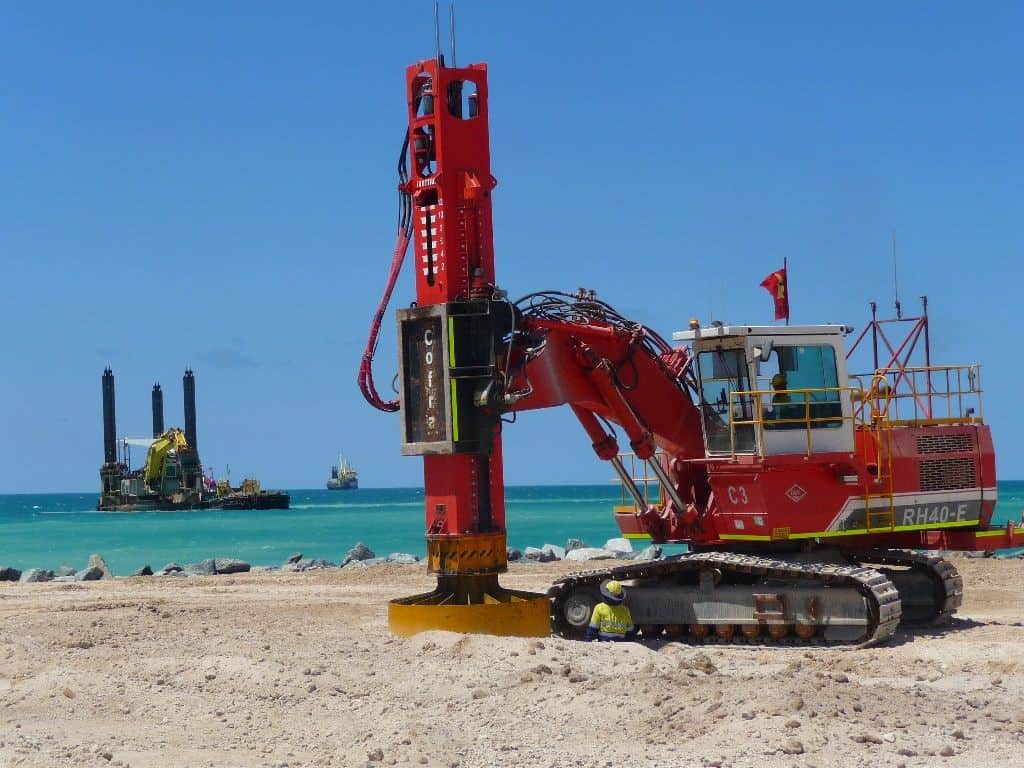 Rapid Impact Compaction is a shallow ground improvement and densification technique. This method densifies shallow, granular soils, which repeatedly strike an impact plate on the ground surface using a hydraulic hammer. The energy is transferred to the underlying loose soils and regroups the particles into a denser formation. The impact locations are located on a grid pattern and the spacing of those locations is calculated by the subsurface conditions and foundation loading and geometry.

RIC technique is performed at the surface of a terrain and it comprises of a heavy excavator which is equipped with a specially designed arm onto which the hammer is attached. Within the hammer, a 9 to 16 drop weight is hydraulically lifted till a required height after which the weight is dropped using a hydraulic acceleration. This whole process of lifting and dropping of the weight takes place with a frequency of 40 to 80 times a minute.

During the compaction of a location, the foot remains into contact with the soil. The impact of the hammer on to the foot initiates the compaction process. The movement of the foot into the ground, the heavy weight of the equipment and high energy transfer is also causing densification. The dense compaction grid ensures that a homogeneous compaction is reached throughout the area. This is caused because the impact locations are also affected by the compaction of nearby points which results in improving the overall performance.

RIC is a great alternative when compared to the time and cost of over-excavation and re-compaction.