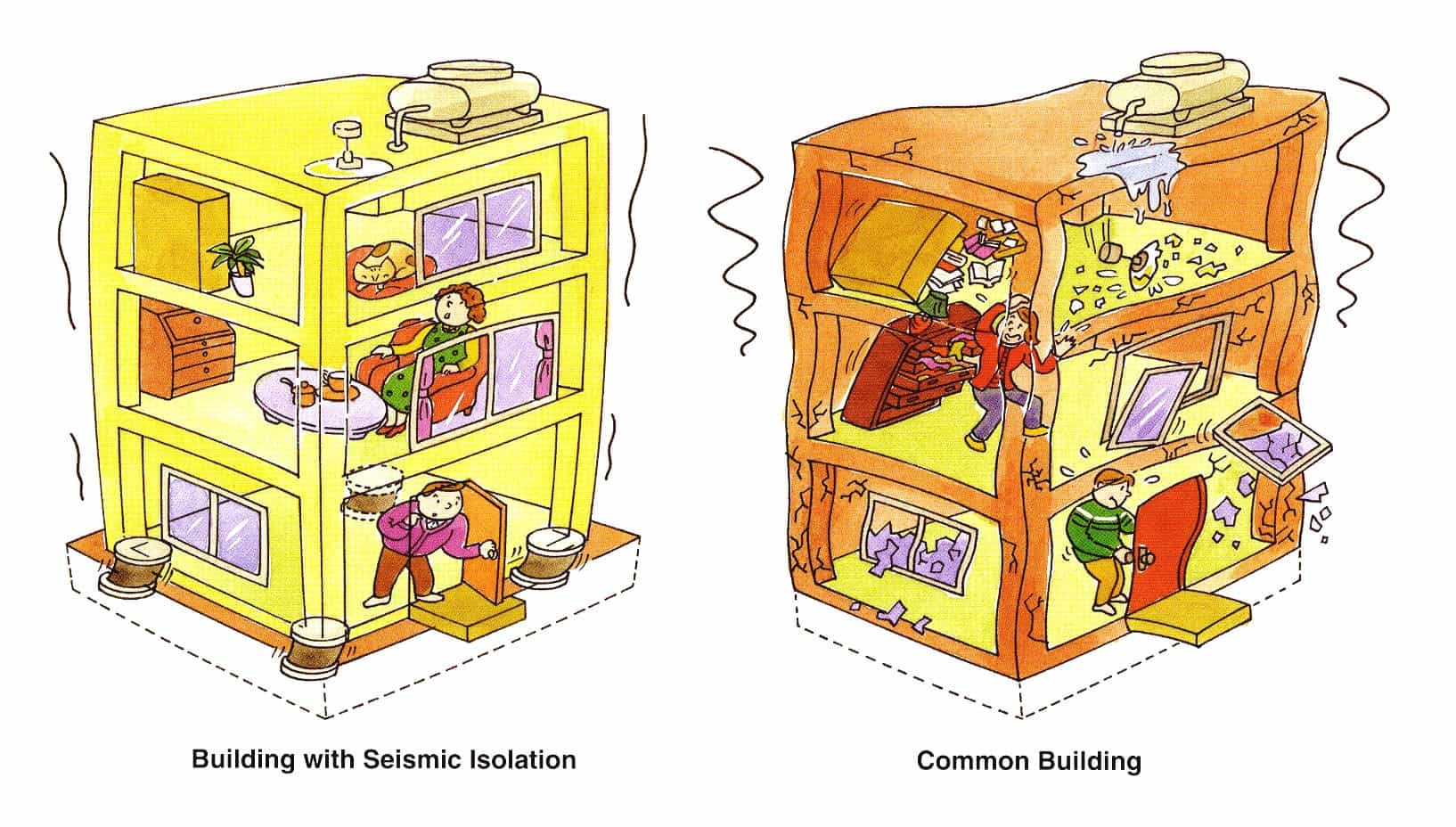 In shaking a building, an earthquake ground motion will search for every structural weakness. These weaknesses are usually created by sharp changes in stiffness, strength and/or ductility, and the effects of these weaknesses are accentuated by poor distribution of reactive masses. Severe structural damage suffered by several modern buildings during recent earthquakes illustrates the importance of avoiding sudden changes in lateral stiffness and strength. A typical example of the detrimental effects that these discontinuities can induce is seen in the case of buildings with a “soft storey.”

A soft storey, also known as a weak story, is defined as a story in a building that has substantially less resistance, or stiffness, than the stories above or below it. In essence, a soft story has inadequate shear resistance or inadequate ductility (energy absorption capacity) to resist the earthquake-induced building stresses.

Although not always the case, the usual location of the soft story is at the ground floor of the building. This is because many buildings are designed to have an open first-floor area that is easily accessible to the public. Thus the first floor may contain large open areas between columns, without adequate shear resistance. The earthquake-induced building movement also causes the first floor to be subjected to the greatest stress, which compounds the problem of a soft story on the ground floor.

Soft storey buildings are characterized by having a storey which has a lot of open space. Parking garages, for example, are often soft stories, as are large retail spaces or floors with a lot of windows. While the unobstructed space of the soft story might be aesthetically or commercially desirable, it also means that there are fewer opportunities to install shear walls, specialized walls which are designed to distribute lateral forces so that a building can cope with the swaying characteristic of an earthquake.

BEHAVIOUR DURING EARTHQUAKE: The presence of walls in upper storeys makes them much stiffer than the open ground storey. Thus, the upper storeys move almost together as a single block, and most of the horizontal displacement of the building occurs in the soft ground storey itself. In common language, this type of buildings can be explained as a building on chopsticks.

Thus, such buildings swing back-and-forth like inverted pendulums during earthquake shaking and the columns in the open ground storey are severely stressed . If the columns are weak (do not have the required strength to resist these high stresses) or if they do not have adequate ductility, they may be severely damaged which may even lead to collapse of the building.