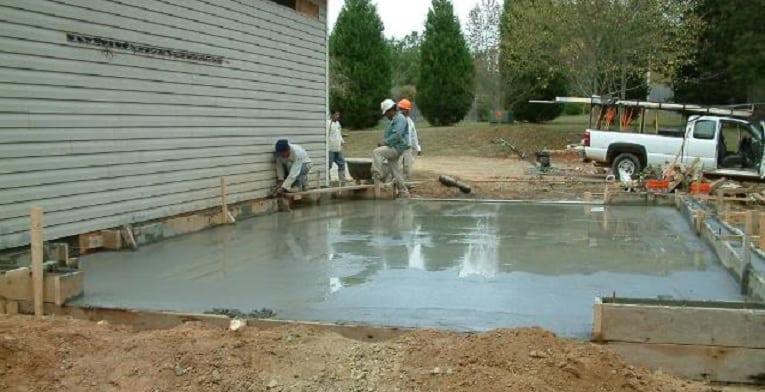 What is Bleeding in Concrete?

Excessive displacement of water by solids in fresh concrete mixture, after the compaction process is called Bleeding in Concrete. Concrete in fresh state is a suspension of solids (aggregates and cement) in water, and after compaction there is a tendency for the solids to settle. This sedimentation displaces the water and water is pushed upwards. If the process is excessive, the water appears as a layer on the surface. On hot or windy concreting weathers, this bleed water may not be noticed, as it may evaporate faster than bleeding rate.

Bleeding in concrete is caused when surplus water rise to the surface when concrete is vibrated. The bleed water brings with it a small amount of cement and fines. Such particles are left on the surface of the concrete casting after the water has evaporated. A weak layer of laitance is formed and, as being porous and not watertight, it will lead to poor bond for fresh concrete.

How to Control Bleeding

The phenomenon of bleeding in concrete are controlled by materials in concrete and their proportions. To reduce bleeding, the cohesiveness of concrete has to be increased. This can be achieved by

Plastic settlement cracks and plastic shrinkage cracks are related to the rate and extend to which the fresh concrete bleeds.