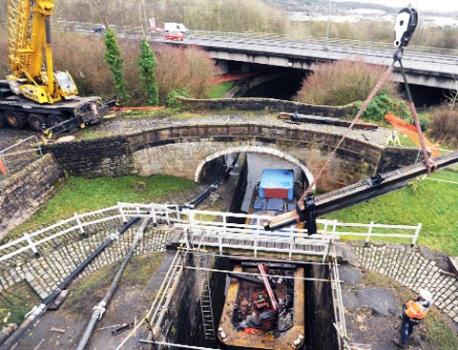 Canals are man-made channels for water.

There are two types of canal:

Aquatic plants can be divided into three types:

A canal conveying water from the head works has to run for large distances and has to maintain the water levels appropriately, as designed along its length. It has to run through terrains which generally would have a different slope small than the canal

The inverted syphons are structures for canal water conveyance below roads, railway lines and other structures . The longitudinal profile is not exactly in a straight line and the central portion is seen to sag beneath the object to be crossed.

SELECTION PROCESS FOR THE OPERATION METHOD

The proposed canal improvements, regardless of when they are constructed, may potentially impact :

•Reduce hydraulic losses within the primary canal system and supporting the objectives of the Lake.
•Reducing the risk of flood damage to agricultural and urban lands.
•Improving water quality by removing existing canal organic sediments and reduce the transport of future canal sediments by lowering velocities.
References