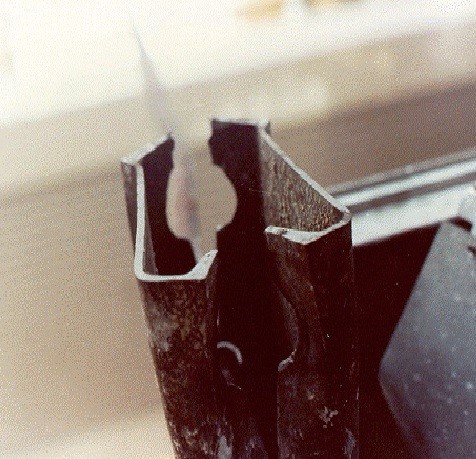 •To determine the causes of failure.
•To compare statements by witnesses or injured parties with physical evidence.
•To ascertain whether an illegal or improper activity was causative.
•To assess damage to materials, products or structures and evaluate repair estimate.

According to Jack Janney (1986), the structural failure can be divided into:
1.Structural Distress: an impairment of the strength or load response of a structure which may limit its use as intended.

Gerald Leonards (1992) defines “failure” as an unacceptable difference between expected and observed performance. This definition can be used to describe a catastrophic failures as well as minor failures such as roof leaks.The ASCE Technical Council on Forensic Engineering has adopted the above definition provided by Gerald Leonards.

•Establishing a preliminary objective and scope of work,Checking on conflicts in interest, Executing a contract agreement, and Establishing an investigative plan.

Background
The Hyatt Regency Walkway Collapse was the worst structural failure in the history of the United States.111 people were killed and more than 200 were injured. The Hyatt Regency hotel opened in Kansas City, Missouri, USA in 1980. It comprised a 40-story tower, an atrium, and a function block, housing all of the hotel’s services. Three walkways suspended from the atrium’s ceiling by six 32-mm-diameter tension rods each spanned the 37-m distance between the tower and the function block. The 3rd and 4th floor walkways hung from the ceiling.

Initially, the investigators had assumed two possibilities of the collapse as follows:
1.Walkways buckled from “harmonic vibration” set up by people swaying or dancing at the same times. This wave like motion generated violent stress and caused vibration failure of the structure.
2.Collapse due to inadequate design of structure.

The investigation approach that had been carried out is as follows:
1.Eyewitness and Expert Interviews
2.Site Investigation
3.Connection Design Check and Document Study
4.Laboratory Test

Roger McCarthy, an expert of failure analysis, had stated that there were telltale signs in the skeleton of a structure well before it suffered vibration failure, and in Hyatt Regency walkway collapse, there were no such signs. Eyewitness accounts gave another point that indicated there was a loud crack echoed while the 2nd and 4th floor walkway crashed to the ground. Hence, according to the eyewitness and expert point, the collapse was related to the sudden failure mechanism. The following photographic evidence was taken by Dr. Lee Lowery, shortly after the collapse:

The National Bureau of Standards (NBS) found that the details of the connection of the walkway beam to the suspender was not constructed as drawn but was changed by the contractor for constructability reason. Analysis of these two connection details revealed the following:
1.The original design of the rod hanger connection would have supported 90 kN, only 60% of the 151 kN required by the Kansas City building code. This showed that the design of the connection was inadequate.
2.As-built, however, the connection only supported 30% of the minimum load which explains why the walkways collapsed well below maximum load.

Investigation Results
The National Bureau of Standards (NBS) discovered that the cause of this collapse was quite simple: the rod hanger pulled through the box beam causing the connection supporting the 4th floor walkway to fail.