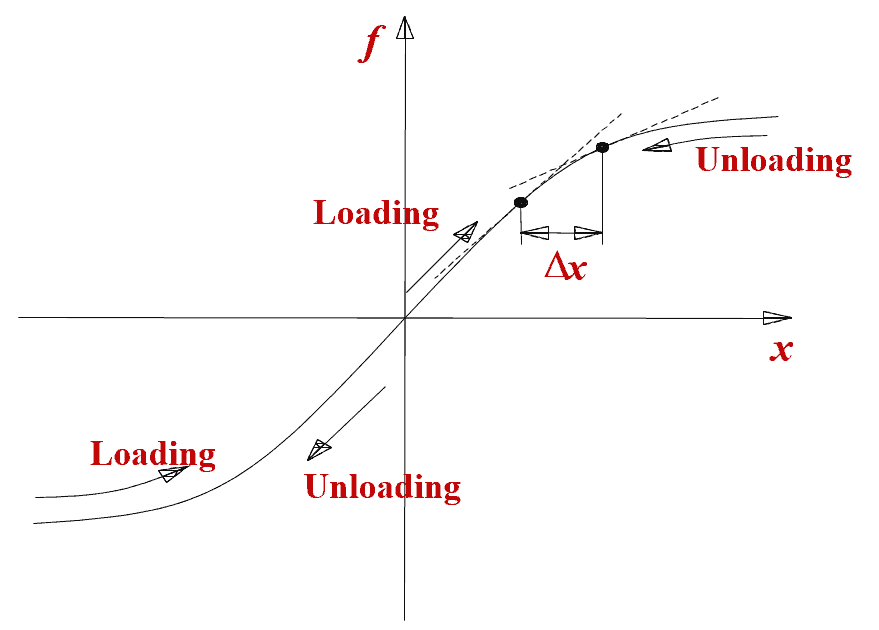 Equation of motion for non linear analysis takes the  form

For such cases, elements undergo yielding depending upon the yield criterion used. When bidirectional interaction of forces on yielding is considered, yielding of a cross section depends on two forces. None of them individually reaches yield value; but the section may yield.

Construction of the spectra