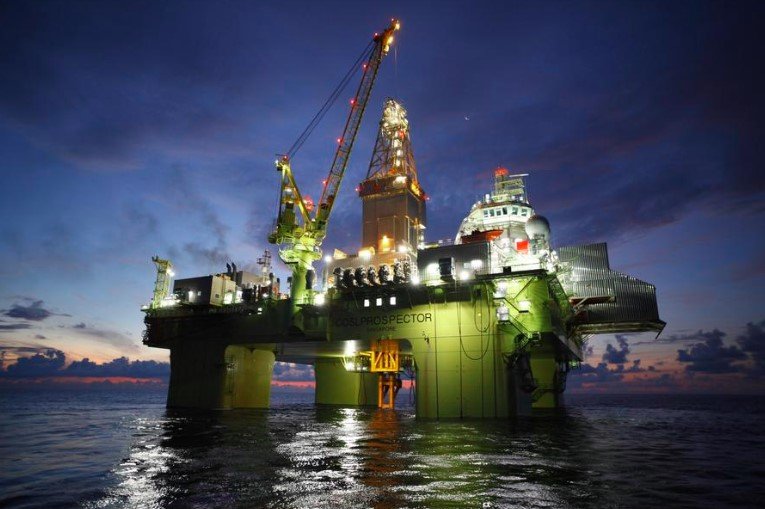 Structures which are designed and build in deep waters are known as offshore structures. Hence, these structures are much different form conventional buildings which are constructed in land mass. They are exposed to harsh environmental loads such as wave loads, current loads, ice loads along with other significant forces such as earthquake and wind.

Civil engineering is not at all confined to construction of structures in land mass which consist of tunnels, high rise buildings, hydraulic structures etc. It has even wider scope in the field of renewable energy, oil and gas industries which mainly focus on deep sea explorations. World is constantly changing and is looking for more ways of generating renewable sources of energy to meet human demand. Exploitation of natural gases is gradually coming to an end and more researches are focusing on renewable energy. Namely, wind, waves, currents etc which are abundant in deep ocean.

An important aspect here is dynamic behaviour of these structures as one moves into greater water depths where fixity of the structure is compromised. Hence, unlike land structures, offshore structures are form-based and not function based design i.e. reducing the response of the structure against environmental load is considered as the primary aspect without compromising the functional requirement.

Det Norske Verites (Norway-DNV) and Germanischer Llyod (Germany-GL) is an international accredited organization which set standards for the design, classification, safety etc of ships and offshore structures. American Petroleum institute (API) is another leading standard-developing organization for oil and natural gas industry. The major types of offshore structures are given as follows:

These are structures which are constructed in shallow water and is expected to withstand forces by strength and not by relative displacement. Jacket structures are one of the best examples for fixed platforms. It consists of a Deck where utilities such as Drilling derricks, Cranes, Radio tower, Process area, Accommodation, Helideck, life boats etc. are constructed. The deck is supported by steel columns (Jackets) and bracings which acts as the substructure and are fixed to the ground with the help of pile clusters.

They are generally stiff and relatively insensitive to lateral loads such as wave loads, current loads etc. Structural action is by resisting the by virtue of its weight and by fixity (Support condition). Natural time period of these structures can vary from 4 to 6 sec.

Main advantage of jacket structures is it can provide large deck area with good stability. It can be constructed in parts and transported and is suitable for shallow waters. Even though they are not suitable for cyclic loadings, cost of the structure will increase proportionally with water depth, undergoes brittle mode of failure since it acts as a rigid system. Figure 1 below shows the diagrammatic representation of piled jacket structure.

These structures experience significant global deformation when lateral loads are acting upon it. Structure and wave have relative displacement to each other which reduces the forces on the member. Thus, forces are encountered not by strength but by large relative displacement. This is attained with the help of Spud-can arrangement at the base of the structure as shown in Figure 2. This is a boon when these structures are exposed to cyclic loads.

These structures can be implemented in greater water depths when compared to fixed platforms. Best example for compliant structures is Guyed tower offshore platforms which has a Spud-can. This acts as a hinge joint between the sea bed and the structure which enables the tower to undergo rotation such that the entire structure acts like an inverted pendulum.

Structures are anchored to the sea bed with the help for mooring lines comprising of pretensioned steel tethers to chain wires. Structures like SPAR platforms consist of main deck supported by a cylindrical hull which is moored to sea bed. Helical stakes are usually provided around the hull to separate natural frequency and wave excitation frequency. Strength of tethers has an important role in which decide the stability of the structure.

Nowadays, materials such as Carbon-Fibre composite having good fatigue resistance and high resistance to static loads are recommended. Figure 3 shown below is a semi-submersible named COSL Prospector operating on Norwegian Sea. There are other new generation platforms such as Triceraptors, Moses TLPs, Sea Star TLPs, Buoyant leg structures (BLS) in addition to the above-mentioned offshore platforms. These are still under research and development stage.

All these marine structures are mainly designed by considering the dynamic response to the environmental loads rather than the function it need to perform throughout its design life.