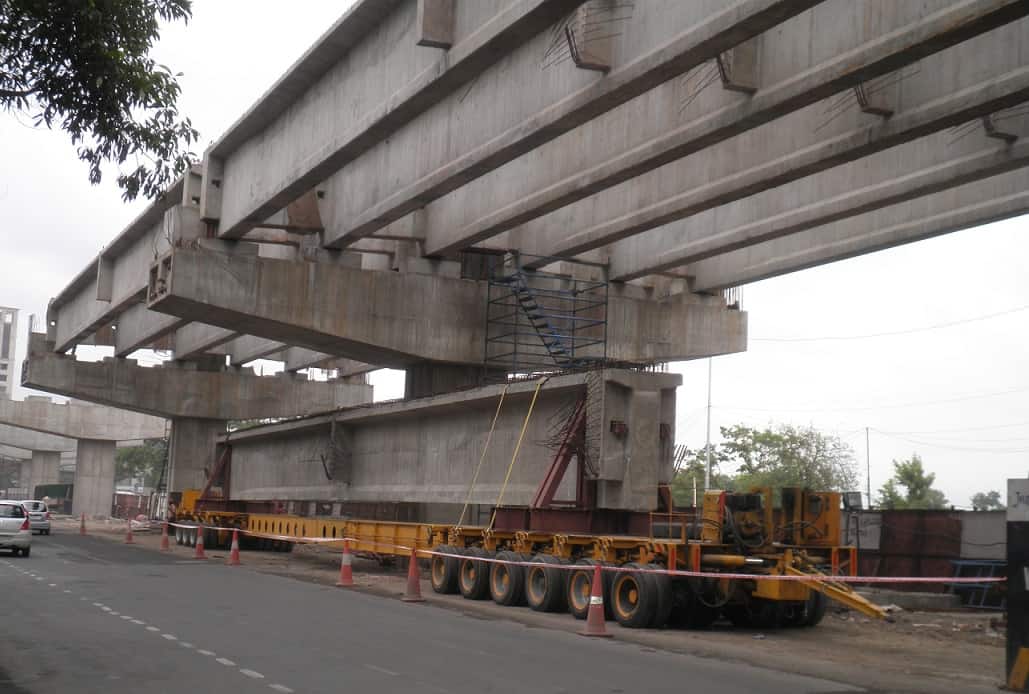 Even though there are various types of bridges to be discussed, in this post we will stick to major parts of Bridges – Concrete span bridges. Every bridge engineer should have a clear knowledge of the various terminologies used during the Bridge design process. During the design process, every bridge can be divided broadly into three parts.

Superstructure  that part of the structure which supports traffic and includes deck, slab and girders. All the parts of the bridge which is mounted on a supporting system can be classified as a Super structure.

Substructure that part of the structure, ie piers and abutments, which supports the superstructure and which transfers the structural load to the foundations.

Beam or girder is that part of superstructure structure which is under bending along the span. it is the  load bearing member which supports the deck. Span is the distance between points of support (eg piers, abutment). Deck is bridge floor directly carrying traffic loads. Deck transfers loads to the Girders depending on the decking material.

Bearing transfers loads from the girders to the pier caps. Bearing is a component which supports part of the bridge and which transmits forces from that part to another part of the structure whilst permitting angular and/or linear movement between parts.

Pier Cap / Headstock is the component which transfers loads from the superstructure to the piers. Pier cap provide sufficient seating for the Bridge girders and disperse the loads from the bearings to the Piers.

Pier is that part of a part of the substructure which supports the superstructure at the end of the span and which transfers loads on the superstructure to the foundations. Depending up on aesthetics, site, space and economic constraints various shapes of piers are adopted to suit to the requirement. Mostly Reinforced Concrete or Prestressed concrete are adopted for the construction of piers.

Piers are compression members. Depending on the loading and bearing articulations, piers may be subjected to bending as well.

Pile foundation is the most commonly used foundation system for bridges. Pile is a slender compression member driven into or formed in the ground to resist loads. A reinforced concrete mass cast around the head of a group of piles to ensure they act together and distribute the load among them it is known as pile cap.