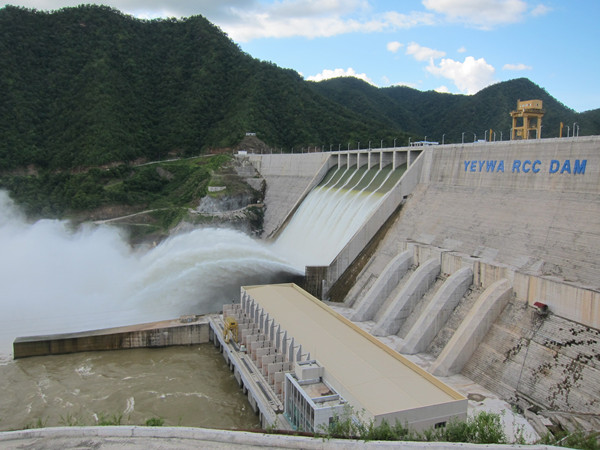 Hydropower is generated from the water flowing in the river or oceans. There are two water cycles involved in the generation of electricity. One water cycle is the natural cycle and the other is inside the hydropower station.

In our natural environment there are number of oceans and rivers and then there is sun above them all. Due to solar energy the surface of the rivers and oceans get heated due to which the water on the surface evaporates. The evaporated water vapors move towards the upper layers of the atmosphere where they form the clouds.
Upon precipitation of clouds rain occurs. Due to heavy rains large quantities of water flows through various parts of the earth in the forms of streams, channels and rivers. All the water from rivers is collected back to the oceans, where evaporation of water occurs again.

Various Components of Hydroelectric Power Plants and their Working

The dam is the most important component of hydroelectric power plant. In fact the name ‘dam’ is considered to be synonymous to the ‘hydroelectric power plant.’ The dam is built on a large river that has abundant quantity of water throughout the year. The dam is built at location where the height of the river is sufficiently high so as to get maximum possible potential energy from water.

These are the gates built on the inside of the dam. The water from reservoir is released and controlled through these gates. When the control gates are opened the water flows due to gravity through the penstock and towards the turbines. The water flowing through the gates possesses potential as well as kinetic energy.

The electricity generated inside the generator is not of sufficient voltage. The transformer converts the alternating current produced from within the generator to the high voltage current.


A case study of Hydroelectric Project