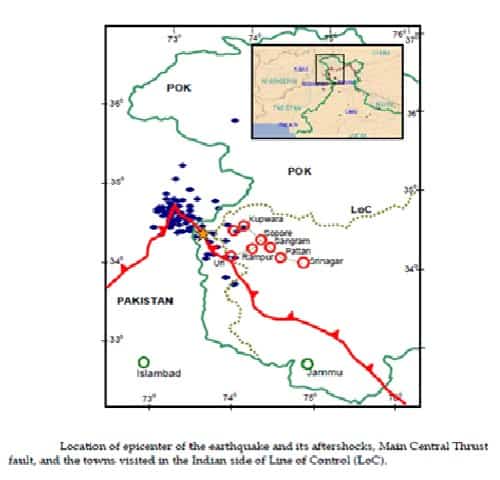 The maximum of VIII at Uri, VII at Baramulla and Kupwara and V at Srinagar on MSK scale.Top two high risk seismic zones of IV and V of Indian seismic code IS:1893 with the expected intensity of IX or more in the zone V and intensity of VIII in the zone IV.Major civil engineering projects in the area are highways, bridges, small dams and micro hydro-electric projects and a few RC framed buildings.The housing units are largely low rise brick and stone masonry load bearing types often in association with timber.The diaphragms varying from pitched flexible roofs to mixed flexible and rigid concrete floors and roofs.

The army present in the area was the first one to respond for rescue and relief despite being seriously affected by the earthquake.

Read about Sikkim Earthquake Of 14 February 2006